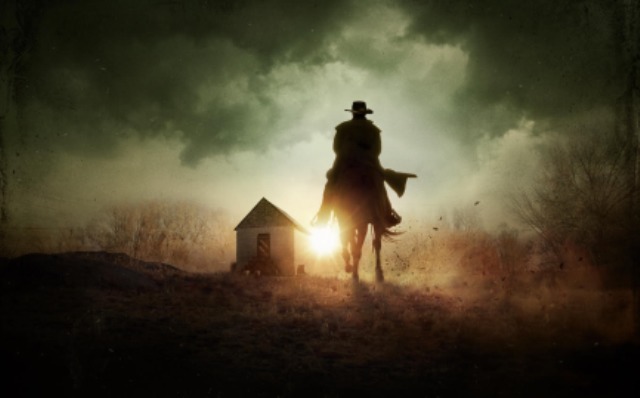 With only a few films under his belt, Garrett Batty has already had a prolific career, making his mark in the Latter-day Saint cinema genre and the mainstream independent market with his hit film The Saratov Approach. He followed up with the well-received Freetown, a film about African missionaries fleeing civil war. Now he turns his considerable talents towards the story of Joseph Smith in Liberty Jail, framing it as a prison-break thriller told through the eyes of the guard who aided the escape.

The recently released trailer for Out of Liberty has drawn universal praise. With Batty’s skills, a talented cast that includes Corbin Allred (Saints and Soldiers) and Jasen Wade (17 Miracles), and an emphasis on tense realism, the film has quickly garnered major excitement.

Batty will present a behind-the-scenes look at the film at this week’s LDS Film Festival, Saturday at 4 p.m. at the SCERA Theater in Orem, Utah. He was kind enough to answer my questions about the film and his upcoming presentation.

Jonathan Decker: I love the idea of Joseph Smith in Liberty Jail as a gritty, prison-break Western. On paper it sounds perhaps too ambitious, but it seems you've nailed the tone. Why tell it this way?

Garrett Batty: Thanks for showing interest.  I'm thrilled with the response that the trailer is receiving.  Stephen Dethloff wrote the first draft to Out of Liberty and I loved the authentic, procedural take on the events within the jail.  Mckay Stevens and I then did several drafts with Steven with the goal to make the story resonate with current themes and events.  I'm hopeful that audiences respond to this approach.

JD: What is the significance of telling this story from the non-believing guard's perspective? 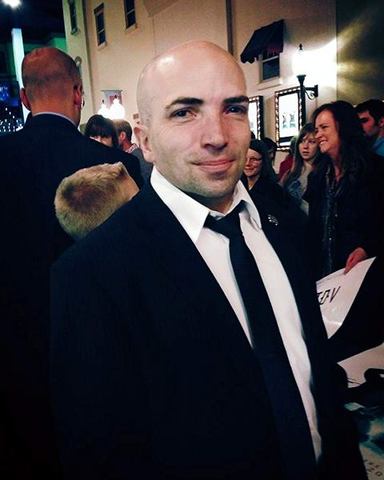 GB: At one moment in the film the jailer at Liberty (played by Jasen Wade from 17 Miracles) explains, "My job is to keep these men until their trial.  It's got nothin' to do with religion." Similar to today, people back then were generally trying to live their lives without stirring the pot too much. Angry mobs and vocal religionists were minorities, trying to sway public opinion.  As sides are chosen, tensions increase, and the liberty to stay silent slowly fades out. That's when interesting choices have to be made. Sam Tillery is the ideal character to put in the middle of these two sides.

JD: Tell us about the shoot. Where did principal photography take place? On location? On set?

GB: We shot in Utah, which doubled wonderfully for the cold Missouri winter.

JD: How did you recreate Liberty Jail? Because it looks like the real thing.

GB: I approached Anne Black to be the production designer, and she brought on a team led by William Rowan. Their team worked tirelessly to create a nearly identical-scale model of the interior of the jail.  We then built an exterior set of the jail for the mob scenes.  Our director of photography, Jeremy Prusso shot it beautifully.  When theatrical audiences see the conditions that were endured, it really is breathtaking.

JD: Walk us through the cast. Who is in this film and from where might we know them? 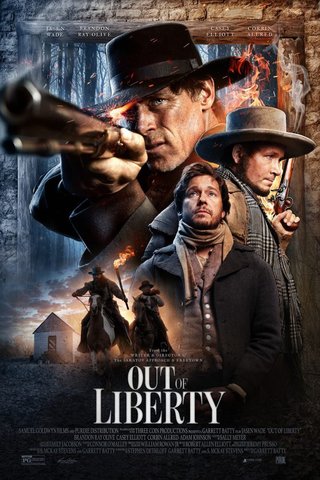 GB: Jasen Wade plays the Javert-like jailer, Sam Tillery, and it is a role unlike I have ever seen him play.  We also have Corbin Allred, who was last seen in The Saratov Approach.  His fantastic take on Porter Rockwell will make audiences want a stand-alone film of Porter's adventures (I am all for it!).  Brandon Ray Olive (Magellan) and Casey Elliott (from the musical trio Gentri) as Joseph and Hyrum Smith bring a humanity to the roles that makes me consider the unique bond that must have existed between these brothers.  And there are several other recognizable faces that show up throughout the film.  Every day was a dream to get to work with a cast like this.

JD: In what ways did you see or feel the hand of the Lord guiding this film? Any experiences you' would care to share?

GB: Yes. But I think those experiences are more private. I am hopeful that when audiences see the film together in the theater they have their own experiences.

JD: For fans of your previous films The Saratov Approach and  Freetown, what similarities are there here? What is new in this film that you are bringing to the table as a filmmaker?

GB: Perhaps audiences will find similarities in that those previous films have dealt with escape from perilous situations. The drama in Out of Liberty stands out in that its themes are remarkably relevant to today's public discourse. Also, it's a true life western jailbreak story!  How fun is that?!

JD: How has making this film influenced your viewpoints on the restoration of the gospel of Jesus Christ or on the Prophet Joseph Smith?

GB: In researching and writing different versions of the script, I felt reminded of the tender relationship that our Savior wants to have with each one of us. Seeing the day-to-day activities of the characters in this film really bring a relatable quality to those that we sometimes keep at a respectful distance. The movie has given me much more appreciation for the experiences of that difficult time in Missouri's history, and for those who endured it.

JD: You are presenting a behind-the-scenes look at Out of Liberty at this week's LDS Film Festival. What can our readers expect and why should they go?

GB: The LDS Film Festival is always a great venue to get some sneak peeks at upcoming films for the year, as well as to support past films.  You won't be disappointed.

For tickets and information on this week’s LDS Film Festival, visit LDSfilmfest.com

Jonathan Decker is a family therapist and clinical director of Your Family Expert. He is an actor, author, comedian, and television personality known for his book 250 Great Movies for Latter-day Families, co-hosting The KJZZ Movie Show, and starring in CTU: Provo and BYU’s Divine Comedy.  He will be judging at this year’s LDS Film Festival.