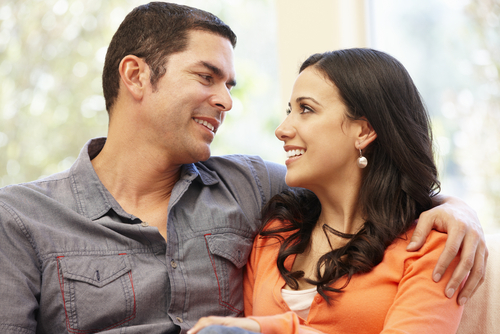 A young LDS woman drove down from Salt Lake City a short time ago to see me. I had recently spoken in her stake on marriage, and she came, she said, to thank me for telling a particular story. She said it triggered the transition from her decision to divorce to her decision to stay married. You may have heard the story before. It is called "Acres of Diamonds."

Have you ever heard of the Golconda Diamond Mine near the Indus River in India? It has produced some of the world's largest and most magnificent diamonds, including the crown jewels of England and Russia. How the mine was discovered was made famous by Russell Herman Conwell, a Protestant minister who traveled the world with his famous lecture "Acres of Diamonds." Conwell gave the lecture more than 6,000 times in the United States and abroad, and, through that, he raised seven million dollars for the education of students at Temple University, which he founded in Philadelphia during the 1880s.

According to Conwell, a farmer named Ali Hafed who lived near the River Indus heard that others were becoming wealthy with their discoveries of diamonds. Ali sold his farm, left his wife and children, and went in search of diamonds. He traveled into Palestine, wandered all over Europe, and finally died . . . in abject poverty in Barcelona, Spain. The man who purchased Ali Hafed's farm later discovered that it was literally covered with diamonds—acres of diamonds—and he became a wealthy man. The Golconda Diamond Mine was later established on Ali Hafed's land.

Had Ali remained where he was and learned to recognize diamonds in the rough, he would have become one of the wealthiest men in the world. Instead, he left his home, his farm, and his family in search of wealth elsewhere.

I like to tell the story because I think it has an overriding spiritual message. I often wonder what we leave at home in order to acquire the things in the world. How many of us have left our own "acres of diamonds" with regard to marriage and family in order to pursue other interests? Are too many of us like Ali Hafed, thinking happiness and wealth will always be found somewhere else? When Russell H. Conwell told the story, he encouraged the listeners to stay where they were and look for success and wealth right in their own community. And many did.

The scriptures, ancient and modern, give interesting admonitions relating to the theme of "acres of diamonds." What do we give up of a spiritual nature in pursuit of temporal things? Jesus asked, "For what shall it profit a man, if he shall gain the whole world, and lose his own soul [or spouse, or family]? Or what shall a man give in exchange for his soul?" (Mark 8:36-37.) Also, if we remain faithful to gospel principles and covenants, we are promised, "He that receiveth me receiveth my Father; and he that receiveth my Father receiveth my Father's kingdom; therefore all that my Father hath shall be given unto him." (D&C 84:37-38; italics added.)

Each one of us should carefully evaluate our own "acres of diamonds." There are three basic spiritual lessons I think we can learn from the story: (1) I believe that most of us can find peace, contentment, and happiness in life with our present marriage partner. (2) Learning the lesson of Ali Hafed, we should know what we have, what we would leave if we moved on. We may be leaving our own acres of diamonds. (3) We should learn to recognize diamonds in the rough that are uncut and unpolished.

This last thought was what brought the woman from Salt Lake City to see me. I had suggested that everyone has a spiritual nature that often goes unnoticed. The worth of each soul is, indeed, great. (See D&C 18:10.) So precious are we all—ourselves, our spouses, and our children—that Jesus Christ came to this world and gave His life for each one of us. That is how much we each mean to Him! But in the day-to-day, humdrum existence of life, or because of the more trying and painful experiences, we fail to note or remember that each of us is a spiritual diamond in the rough, uncut and unpolished. But through toil and effort, the spiritual brilliance of each might yet be discovered.

In March 1832 the Lord made this promise: "Ye are little children, and ye have not as yet understood how great blessings the Father hath in his own hands and prepared for you; and ye cannot bear all things now; nevertheless, be of good cheer, for I will lead you along. The kingdom is yours and the blessings thereof are yours, and the riches of eternity are yours." (D&C 78:17-18; italics added.) 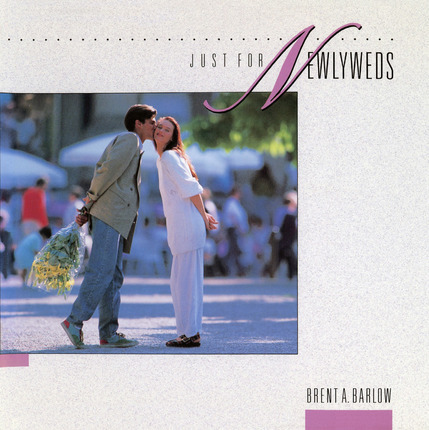 For more wisdom and insights into thriving during your first year of marriage, check out Just for Newlyweds by Brent A. Barlow. Available at Deseret Book stores and on deseretbook.com.