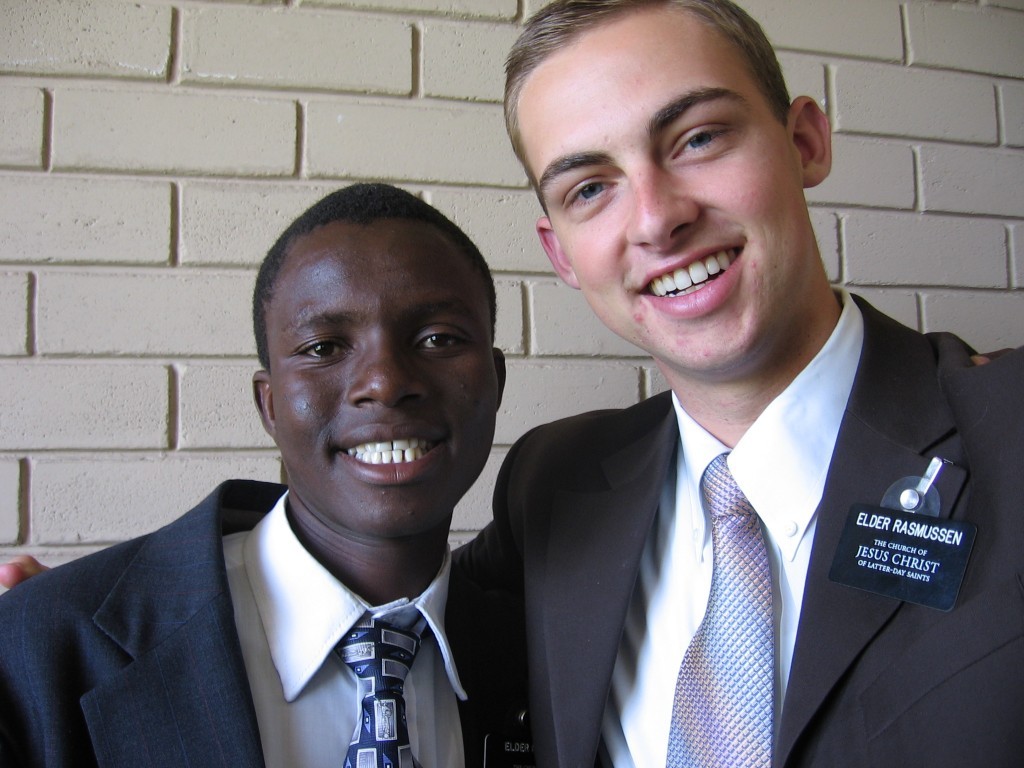 The Story 'The Book of Mormon' Musical Won’t Tell You

The Book of Mormon, the Tony-award winning musical, is currently playing in my hometown in Orange County. It tells the story of two white, clean-cut Mormon missionaries who are called to serve in the most unlikely and foreign of places: Uganda. Naïve and inexperienced, the elders undergo various mishaps, misunderstandings and crises of identity & faith, all while learning what life outside “the bubble” is really like. The portrayal of missionaries in the show has been described by one Mormon scholar as a “fun-house mirror” – rather than an accurate reflection, it aims for one that is entertaining.

People all over the world have been swept up by the story of Elder Price and his companions, a bright and clueless bunch who attempt to force their religion on a tribe of mindless Africans. But beyond the songs and the shock value and the hype, the musical’s fish-out-of-water storyline struck a particular chord with me for a very important reason: I actually lived it.

Nearly seven weeks after graduating from high school in the safest city in the United States, I – the whitest, cleanest-cut Mormon you’ll ever meet– flew across the world to Chitungwiza, Zimbabwe, to serve my two year mission. In many respects, things started off for me the same way they did for The Book of Mormon’s protagonist, Elder Price. But real life was nothing like the story told in the musical.

Today I’d like to give another story. A true story. The story of my African mission companion, Peace.