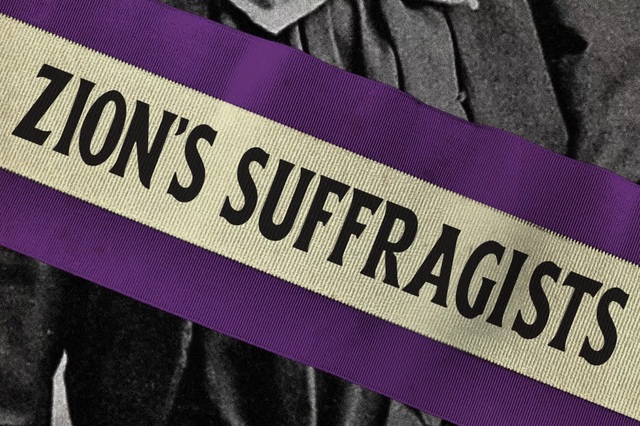 150 years ago this week, Latter-day Saint women filed into the hard benches of the Tabernacle. The San Francisco Evening Bulletin called the meeting that followed, “one of the most remarkable that has ever congregated on the continent.” The meeting came on the heels of a new law against polygamy, the very thing that made them unlikely suspects to lead the charge for women’s equality. But the women in Utah were strong and capable. That is what you will hear on the Deseret News’ new six-part podcast, Zion’s Suffragists.

Host Dianna Douglas, a DC-based journalist, tells the story of how Utah women won the vote in the late 1800s. Douglas is joined by other recognizable women in telling the story including Laurel Thatcher Ulrich, professor emeritus of history at Harvard University and Pulitzer-prize winning author, who famously said, “Well-behaved women seldom make history.”

Listen to the first episode here.