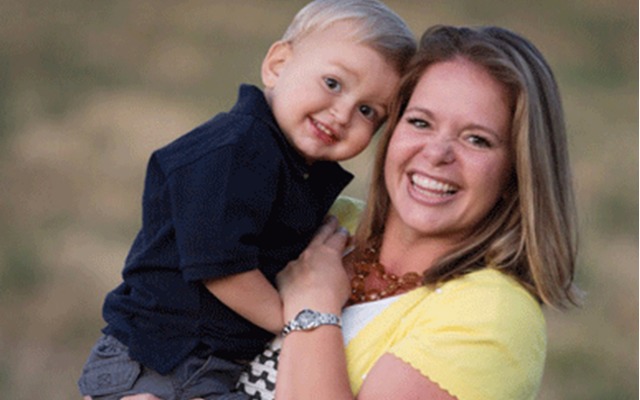 The Strangest Prompting I've Ever Received: "Please, Let Me Have One More Day with Him"

What a sweet story of a mother's love and how the Spirit can prompt us, even in the most unconventional ways.

I was pregnant with our fourth child when something strange started to happen with our family at bedtime. Every night I would carefully tuck in each of our kids. First our oldest son, then our princess, and finally our big, cheeky 18 month-old linebacker, AJ. The routine was predictable, but I found myself doing the oddest thing—as I lay AJ down to sleep, I would inexplicably say out loud, “Please let me have one more day with you.” WHAT A WEIRD THING for a mom to say to her toddler?!? Morbid, right? Not exactly the sleep tight lullaby you read in books.

The first few times, it caught me off guard, “Why would I say such a thing? Did I mean to say that?” I finally shared my odd behavior with my husband who of course confirmed that it was weird and it was morbid, so I should stop. Just a few days later, he came in after kissing the kids goodnight and said, “Well that was weird. I said the same thing to AJ tonight”. This went on for months, each of us taking turns sporadically pleading with our toddler and with the Lord to let us have just one more day with him.

Time passed and we welcomed baby number four and enjoyed time as a family of six. Within two months of us welcoming our new baby, we noticed signs that AJ was sick. At first we thought it was just the flu, but then those strange instincts that we had been feeling the previous few months were brought to the front of our minds and would not leave. Doctors were rejecting our demands for tests, but we knew that something was wrong with our son.