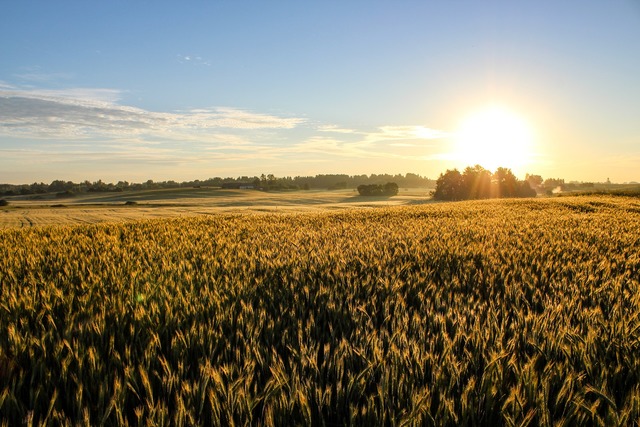 As Joseph was translating by means of the Urim and Thummim, he received instead of the words of the Book, a commandment to write a letter to a man by the name of David Whitmer, who lived in Waterloo, requesting him to come immediately with his team, and convey himself and Oliver to his own residence, as an evil-designing people were seeking to take away his (Joseph’s) life, in order to prevent the work of God from going forth to the world. The letter was written and delivered, and was shown by Mr. Whitmer to his father, mother, brothers, and sisters, and their advice was asked in regard to the best course for him to take in relation to the matter.

His father reminded him that he had as much wheat sown upon the ground as he could harrow in two days, at least; besides this, he had a quantity of plaster of paris to spread, which must be done immediately, consequently he could not go, unless he could get a witness from God that it was absolutely necessary.

This suggestion pleased David, and he asked the Lord for a testimony concerning his going for Joseph, and was told by the voice of the Spirit to go as soon as his wheat was harrowed in. The next morning, David went to the field and found that he had two heavy days’ work before him. He then said to himself that, if he should be enabled, by any means, to do this work sooner than the same had ever been done on the farm before, he would receive it as an evidence that it was the will of God, that he should do all in his power to assist Joseph Smith in the work in which he was engaged. He then fastened his horses to the harrow, and instead of dividing the field into what is, by farmers, usually termed lands, drove around the whole of it, continuing thus till noon, when, on stopping for dinner, he looked around, and discovered to his surprise, that he had harrowed in full half the wheat. After dinner he went on as before, and by evening he finished the whole two days’ work.

His father, on going into the field the same evening, saw what had been done, and he exclaimed, “There must be an overruling hand in this, and I think you would better go down to Pennsylvania as soon as your plaster of paris is sown.”

The next morning, David took a wooden measure under his arm and went out to sow the plaster, which he had left, two days previous, in heaps near his sister’s house, but, on coming to the place, he discovered that it was gone! He then ran to his sister and inquired of her if she knew what had become of it. Being surprised she said, “Why do you ask me? Was it not all sown yesterday?”

“Not to my knowledge,” answered David.

“I am astonished at that,” replied his sister, “for the children came to me in the forenoon, and begged of me to go out and see the men sow plaster in the field, saying, that they never saw anybody sow plaster so fast in their lives. I accordingly went, and saw three men at work in the field, as the children said, but, supposing that you had hired some help, on account of your hurry, I went immediately into the house, and gave the subject no further attention.”

David made considerable inquiry in regard to the matter, both among his relatives and neighbors, but was not able to learn who had done it. However, the family were convinced that there was an exertion of supernatural power connected with this strange occurrence.

More than 200 other stories are included in Best-Loved Stories of the LDS People, such as Joseph F. Smith's encounter with a rough anti-Mormon in "True Blue, Through and Through" and "Fooling a Bulldog," by Parley P. Pratt. You'll find stories about faith, answers to prayer, and revelation, courage, honesty, and many other gospel principles and doctrines. A valuable reference that belongs in every Latter-day Saint home.