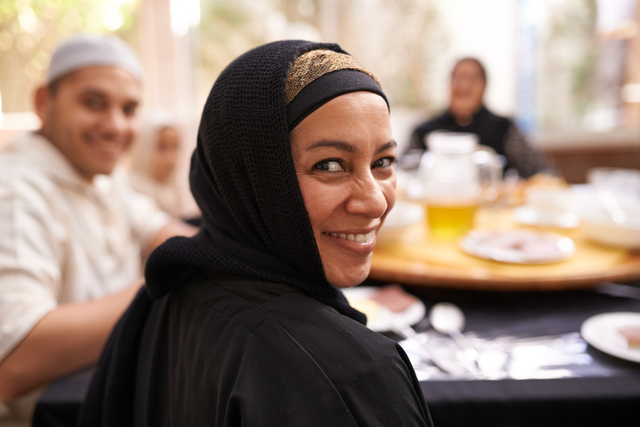 The Surprising Lesson My Muslim Friends Taught Me About Scripture Study

I travel to the Middle East on a regular basis and am always learning something new. Learning how to enhance my spiritual life is not what I typically think I’ll be learning about when I travel. As I was surprised to learn from my Muslim friends about a simple act of prayer that draws me into greater supplication to God and faithful expectations of receiving his blessings, I was similarly surprised to learn from my friends how I could enhance my scripture study.

Like Mormons, Muslims believe that God loves all His children and sends prophets to teach truth.

Like Mormons, Muslims believe that an uneducated young man who was confused about religion and interested in the safety of his own soul prayed fervently to God for answers.

Like Mormons, Muslims believe that before this young man prayed, the world was in the grip of wickedness and apostasy.

The young man’s name was Muhammad (his name means “praised” in Arabic) and the revelations he recorded are known as the Qur’an (which means “recitations” in Arabic).

Like Mormons, Muslims defend the truth of the Qur’an by the fact that the Qur’an represents some of the most beautiful and sophisticated Arabic poetry and literature ever composed. How could an illiterate man have brought forth divine revelations that are both true and beautiful? He did it through revelation and the power of God, the Muslims say.

Similarly, Mormons defend the Book of Mormon by the fact that it represents revelations of God and is some of the most sophisticated and beautiful literature ever composed (taking into consideration its ancient Hebrew and Egyptian origins).  How could an uneducated farm boy from upstate New York do that? He did it through revelation and the power of God.

Muslims are therefore deeply grateful to God for bringing them revelations. And they are remarkably reverential about these precious, divinely inspired words God has given them as found in the Qur’an.  These words are to be treated with care, love, and devotion.

So, what is the lesson that I learned from my Muslims friends about scripture study?

Muslim reverential devotion to scripture is symbolized by their actions before they begin scripture study: they will wash their hands before they touch the Qur’an. This act symbolizes that they have been washed of the filth of the world, that they stand clean and ready to receive the word of God that they can, symbolically, enter in the presence of God via His word.

As I’ve reflected on these simple yet profoundly meaningful acts made by my Muslim friends as they approach scripture study, I’ve wondered how I prepare for my own scripture study.  Do I treat the word of God as sacred? Do I treat the books that contain the word of God with special reverence and care? Or do I flippantly lay them in any available location? Do I symbolically wash my hands before I seek God in His word? Or do I ply the scriptures casually as though it is any other form of media to be quickly consumed and forgotten? Though I can’t imagine purposely handling my scriptures with physically dirty and grimy hands, is my heart clean and ready to receive God’s word, as symbolized by clean hands?

I know that the devotion to God and His word, as demonstrated by my Muslims friends, has encouraged me to be more thoughtful about and committed to my scripture study.