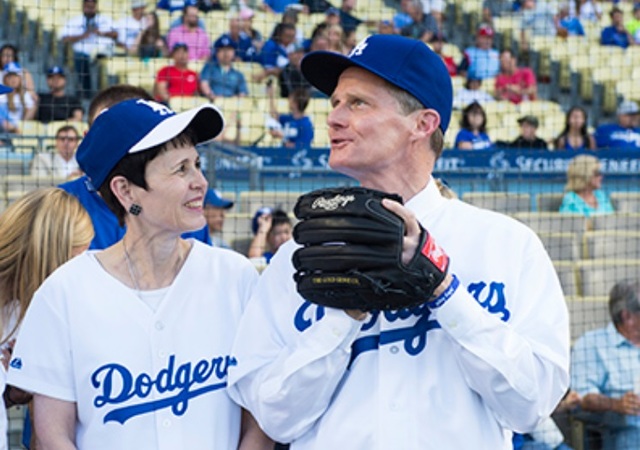 The following is an excerpt from Elder Bednar's book One by One.

Many years ago, while serving as a stake president, I was scheduled to preside at and participate in a stake priesthood leadership meeting. The gathering was to be held in our stake center located approximately 65 miles from our home. The drive to the stake center typically required from 70 to 85 minutes, depending upon weather and road conditions.

The leadership session was to begin at 4:30 p.m. Sitting on the stand a few minutes before the starting time, I turned to one of my counselors and whispered, “If I need to leave early today, can you cover for me?” He asked if something was wrong or if I was getting sick. I replied that everything was fine; I simply thought it might be necessary for me to leave the meeting. He responded, with a quizzical look on his face, “Sure, we can handle it if you need to take off.”

I motioned to the stake executive secretary and asked him to invite a brother in the congregation who was serving as an elders quorum president to meet me in my office immediately. I left the stand, walked to the stake president’s office, and waited for the brother to arrive whom I had invited. When the man entered the office, he had a look of grave concern on his face. He clearly thought something was wrong.

I said to this good man, “President, please relax. I just think you and I need to spend some time reviewing your responsibility as an elders quorum president. And I propose that we do so right now—while we ride together in my car to watch our sons play basketball against each other at 7:00 p.m.” The man’s facial expression changed from one of concern to completely amazed bewilderment! He could not imagine that his stake president was inviting him to miss a priesthood leadership meeting to watch a basketball game.

The son of the elders quorum president was playing on a team competing against my son’s team in the championship game of a junior high school basketball tournament. Our drive to the site of the game would require almost two hours. We exited the building and quickly were on the way. During our ride together we had a remarkable conversation about families, work, Church service, his calling as an elders quorum president—and about junior high school basketball.

Neither the president nor I will ever forget the looks on the faces of our wives and sons as we entered the gymnasium just a few minutes before the tip-off. We shared a fun and memorable evening with our families supporting our sons.

Approximately six months later, I received an early-morning phone call from this same elders quorum president. He reported that he was at the hospital; his son, the boy who had played against my son in the basketball tournament, had been seriously injured in an accident. The president asked if I could come to the hospital. I responded that I would be there as quickly as possible.

When I walked into the emergency room, this brother greeted me with a strong embrace and tragic news. His son had died just a few minutes earlier. I was stunned to think that such an energetic and beloved young man suddenly was gone. I hugged that bereaved father tightly as I expressed my condolences and love. I spent precious time with my friend—both in silence and attempting to provide comfort. When it seemed appropriate, I asked what had happened.

The young man had been injured in a freak accident while completing routine chores. After recounting the events that caused his son’s injury and led to his subsequent passing, this dear man looked at me and said: “I am so glad we left that priesthood meeting a few months ago so we could watch our boys play in that championship game. I always will treasure the joyful memory of that night. That may have been the only chance I ever would have had to see my son play in a game like that.”

Was it merely a coincidence that I had somehow felt a most unusual need to leave a Church meeting and invite an elders quorum president to join me? Was it a random event that this brother and I could watch our sons compete in a basketball tournament? Or was this episode divinely orchestrated by a loving Lord who knows all things, the end from the beginning, and wanted a father and a son to have a special experience together?

I believe that in the work of the Lord there is no such thing as a coincidence. And on this occasion, I was blessed to be an instrument through whom a tender mercy was delivered to this man and his son—because the worth of souls is great in the sight of God.

Read more from Elder Bednar's book One by One.

From a "guided tour" through scriptural illustration to an array of touching personal accounts, this important new book offers hope and guidance for anyone who has ever wondered, "Do I matter to the Lord?"