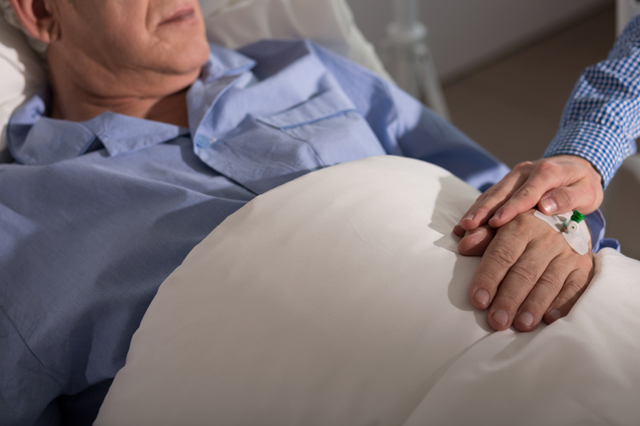 byJon Huntsman Sr. (excerpted from "Behind the Drive: 99 Inspiring Stories from the Life of an American Entrepreneur") | Feb. 02, 2018

Larry Miller was well known for his philanthropy and generosity. This excerpt from the book Behind the Drive: 99 Inspiring Stories from the Life of an American Entrepreneur details Larry's friendship with Jon Hunstman Sr.

Larry Miller and I had a lot in common. We both came from very little, and we both bet the entire farm several times over. If either one of us had lost, we would have been cleaned out. We both sacrificed and built. By the time we met in 1985, we were both on our way to forming what would become successful business empire.

Largely because of that connection, Larry and I became fast friends. Our relationship was always behind the scenes and never publicized. When people saw us exchange a big hug in public, they weren’t quite sure what our relationship was or what support we had already given each other. But it all started in that 1985 meeting.

I was asked to meet with Larry that spring about an investment opportunity. I had just expanded a successful plastic container company into Hunstman Chemical Corporation, manufacturing a number of petrochemical products around the world—things like computer components, tennis shoes, golf balls, carpets, automotive supplies, and so much more. It’s a $2.5 trillion industry in the U.S. alone, and we were a relatively new player in the market. For his part, Larry had bought his first few car dealerships and was starting to experience success himself due to his hard work and vision.

Larry approached me about an opportunity to jointly purchase the Utah Jazz from Sam Battistone. We had entertained the idea of getting involved with professional sports before, but never felt like it was a fit. We were industrialists, used to running businesses that don’t shut down, that we could have control over. The idea of having a business where success was dependent on a few key players was contrary to our philosophy. But Larry wanted to keep the Jazz in Utah. He knew that Sam had to sell all or part of the franchise, and he worried that many prospective buyers would take the team elsewhere. “I think we could have an opportunity to buy the Jazz together,” Larry told me. It was our first meeting, but hardly a formal discussion; we simply had an early conversation about whether or not it was something we could do together.

But later, he called me back. “I’ve met with Sam,” he told me. “I have a deal with him where I can buy half the business this year. Would you be interested in the other half?”

“Larry,” I ultimately responded, “let me make a deal with you. Whatever you do, whatever amount you invest with respect to the Jazz, I will be your safety net. I will guarantee you that I will always be there to loan you the money if something goes wrong.”

Larry almost started to cry over the phone. “That’s the nicest thing anybody has ever said to me.”

A year later, he came to me again. “I’ve got an opportunity to buy the other half,” he said. “Do you want to do it?”

Although a year had passed, my feelings hadn’t changed. I told him I’d rather keep my promise of guaranteeing his investment. “You’re taking a huge risk,” I told him, “and it may or may not succeed. It would be an honor to be your backstop if I have the money, and I think I will.”

Larry wasn’t done. When he started work on the Delta Center, he came over and showed me the plans. “Jon, I’d like you to go in with me fifty-fifty on the building.”

By that time the chemical business had taken off and I was on the Forbes 400 list. At that point I felt even more confident in my ability to stand behind Larry, so we had the same discussion again. “Larry, listen,” I said. “I’ll be your financial backstop. Don’t you worry about it. Don’t tell anybody about it. Just know that if something goes wrong, I’ve got your back.”

We had a similar conversation when the opportunity arose to buy KXIV in 1993 and turn it into KJZZ. “You’re the finest man I’ve ever met,” I told Larry then. “I trust you. You’re doing a great job with the Jazz, and your other businesses are doing well. You’re the only guy I know who has the drive, the determination, the mentality, the intelligence, and most important, the toughness to get these things done. I’ll give you my last penny if you need it, but go for it yourself.”

I meant every word. There are several things that made Larry successful, but at the core are three. Risk-taking is number one. He understood his risks. He calculated them carefully, and then he made a huge plunge. Number two is a no-nonsense approach to a very tough and difficult industry. Larry was very serious about it, and he didn’t play games. He wasn’t in it for the money or the status; he wanted the Jazz to be a community asset that brought people together and made them happy. And third is focus. He was very focused on whatever he was doing and did it extremely well.

Later, I had the chance to turn the tables on Larry and ask him for his partnership, but not in business—in the fight against cancer. We were building the Huntsman Cancer Institute, and I went to see Larry. I was going to ask him for $5 million. Nobody had ever given me that much.

“Larry, I was wondering if you’d be interested in helping us,” I started. “It’s costing me a lot of money, but we’ve got to solve this. This is the worst disease in the history of mankind, killing millions of people each year. We need to bring an end to it.” Larry asked how much I was asking for. I had gone in thinking $5 million, but I decided in that moment to ask for $10 million.

“Whew!” Larry said, wiping his brow. “I thought you were going to ask me for some real money!” He and I joked about that moment ever since, but within two days, he had given me a check for $10 million.

When Larry became sick, I visited him and invited him to stay at the Huntsman Cancer Institute that he had so generously contributed to. Even though he didn’t have cancer, I knew that he would enjoy the beautiful rooms and views and that the four large family suites we had there would be able to accommodate family and others visiting. He told me he’d love that, so I arranged for him to stay in one of those suites. He was our only patient up there who never had cancer, and I made sure he had the run of the place. “Anything you want, Larry,” I told him, “you just tell us. We’ll make you cakes. We’ll make you pizza. We’ll bring you in milkshakes. Any time of day or night, whatever you want.”

Eventually, complications from Larry’s diabetes necessitated amputation of both of his legs. The night before the operation, I received a call from Elder M. Russell Ballard, an Apostle in the LDS Church and another close friend of Larry and Gail. “Larry would like a priesthood blessing,” Elder Ballard said, “and he asked if you and I could come up and give him one.” I was so honored that I was one of the two men Larry wanted to have administer him a blessing. Elder Ballard gave Larry a powerful blessing with me assisting, and then I gave a priesthood blessing to sweet Gail, whom I’ve always loved as a dear friend.

It was a very emotional time. We all knew the consequences of Larry losing his legs; it was going to be a tough twenty-four hours for Larry, but the aftereffects could be devastating. We all knew it might be the beginning of the end, but Larry remained upbeat and cheerful. We talked about the early days, how we started out. We both cried. When it was time to go, we were both still very emotional. He pulled me down and gave me a big hug and a kiss on the cheek.

That was the last time I saw him. Less than a month later, he passed on.

Larry was a wonderful friend, a brilliant man, and a tenacious worker. He had a tremendously generous heart, and his philanthropy and generosity will have a lasting impact. He had a very deep faith that many people didn’t see. All these things made him special, a common man who could do very uncommon things. 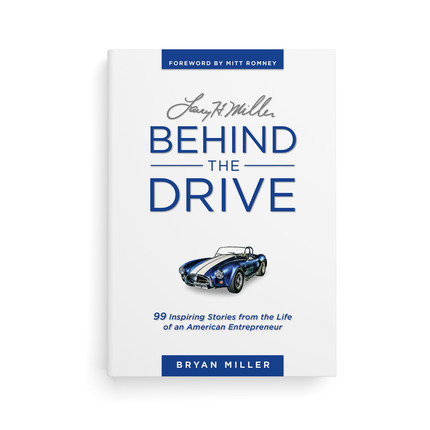 For more fascinating insights into the life of legendary Latter-day Saint Larry H. Miller, check out Behind the Drive: 99 Inspiring Stories from the Life of an American Entrepreneur, available at Deseret Book stores and deseretbook.com.