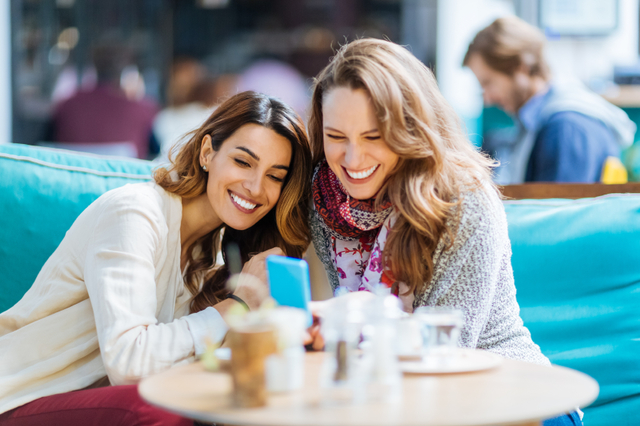 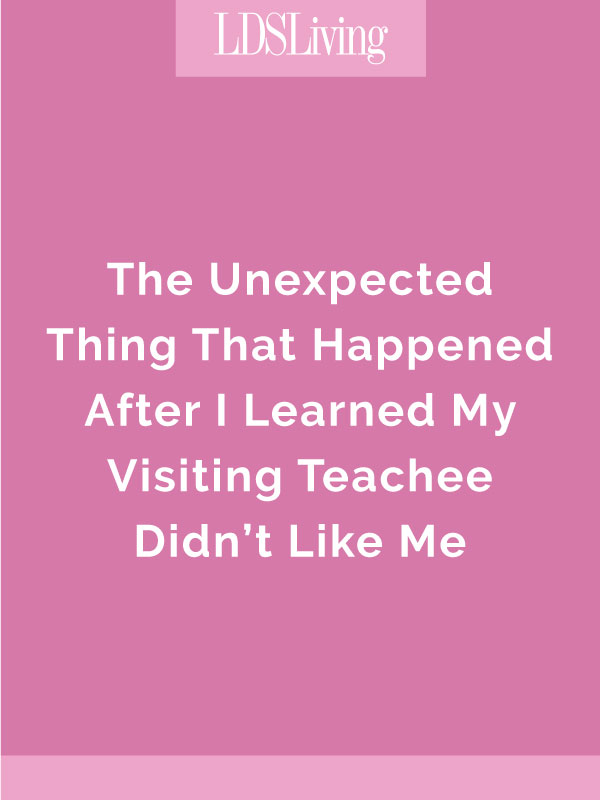 I’m convinced that every sister in the Church has a best friend in her ward or branch that she hasn’t made yet.

Right now, that sister may not seem like a future best friend because your backgrounds are different, you’re in different phases of life, you don’t share any obvious interests, or maybe she even irritates you a bit. But she’s somewhere within your ward or branch family, and I hope my story will inspire you to find her.

I was nearly seven months pregnant with my fifth child when we moved to Oklahoma City 13 years ago, and I was absolutely exhausted. My focus was simply to get through my days in a new town.

I didn’t think we’d be in Oklahoma for long because my husband’s company was struggling, so even though I tried to have a good attitude and was friendly to the sisters in my ward, I didn’t put much effort into making friends.

A year later, still in Oklahoma, I was assigned to visit teach Mary Woodhouse. I had noticed her in the past but didn’t really know her. She was about my mother’s age and seemed nice enough, but we weren’t friends outside of saying hello at church.

Shortly after I was assigned to visit her, I made our first appointment. She welcomed me warmly and didn’t seem rushed in the least during our visit. I had no sense that she wanted me to deliver my message as quickly as possible and be on my way. I found her to be unexpectedly and refreshingly forthright, and while I didn’t always agree with her perspective, I loved talking with someone who said what was on her mind.

As I got to know Mary, I realized that she had a tremendous zest for life. Her smile lit her eyes as she talked about the last book she read or the genealogy roadblock she had finally blasted through. She was such an engaging person and so good at doing genealogical research that I was sure she would make the perfect inspiration for a family history sleuth in a novel, should I ever write one.

We nourished our growing friendship with conversations about many things, including our hobbies and interests, current events, and her grandchildren. She was one of the best grandmas I’ve ever known. She believed that you had to bond with your grandkids early on and with great enthusiasm if you wanted them to be yours—to have that strong grandmother- grandchild bond. It brought me tremendous joy to see how happy she was being a grandmother. When I have grandchildren, Mary will serve as my inspiration.

My Battle with Cancer

Over time, differences in our ages and phases of life melted away, replaced by a deepening friendship and sense of sisterhood. With each appointment I made, I felt less and less like I was visiting an older sister in the ward I hardly knew and more and more like a teenager who couldn’t wait to see one of her very best friends.

Several years after I became Mary’s visiting teacher, I was called to be a Relief Society president. Though I felt daunted by the calling, one of the things that gave me confidence was the Lord’s inspiration to ask that Mary be called as one of my counselors. I knew she would be a great support and ally. I knew that she would have my back and the backs of all the sisters.

Little did I know just how much of a support she would be to me personally when, only months later, I was diagnosed with ovarian cancer. Following major surgery, I was terribly weakened and struggling through instant menopause. I ended up with a back injury and surgery soon after because I was so physically vulnerable.

The Lord knew that I would need someone like Mary by my side, someone who would take the reins when I couldn’t and encourage me to have faith even when I felt almost completely overwhelmed by fear.

A few days after I returned home from the hospital, Mary came over to see that I was settled in. After catching up, she grew very quiet and then spoke tentatively, “I need to ask you something. I’m teaching the Relief Society lesson this Sunday. Would it be okay if I tell people the story of how we became friends . . . that I didn’t really like you at first . . . you know, how you just don’t like some people when you first meet them, that they irritate you, but that through visiting teaching, we became best friends? Would it be all right if I shared that with the sisters in our ward?”

I confess, a part of me was taken aback. I hadn’t known that Mary didn’t like me at first. And another part of me was thinking, I don’t know, Mary. I just got out of the hospital and I’m not feeling so good. I don’t even know my prognosis yet, and I’m kind of depressed. . . . I don’t know how I feel about you telling the sisters you didn’t like me at first . . . maybe there are other sisters who don’t like me and they’ll get together and talk about me and form a club or something of sisters who don’t like me.

But then I realized that this was an important story for her to share . . . about how two unlikely sisters came together through visiting teaching and became the very best of friends. So, I agreed to her request while also thinking, I’m glad I’m going to be home sick when she shares that story.

Once I got over the initial shock of her revelation that she hadn’t liked me at first, I came to appreciate even more how precious our friendship was—how through visiting teaching, we had opened our lives to one another, allowed ourselves to be vulnerable with one another, and became the best of friends with a powerful and lasting bond between us.

Our friendship continued to grow and deepen in the years after my bout with cancer. After a time, we were released from the Relief Society presidency, but I remained her visiting teacher and we remained close friends. One day, Mary called while I was vacationing with my family in New Mexico. My children and I were exploring the streets of Old Town Albuquerque when my phone rang.

I knew something must have been up for Mary to call while we were on vacation, so I motioned for my kids to climb the stairs to an out-of-the-way deck just off the square where we could sit down and I could talk. After a minute or two of small talk, Mary asked, “What’s the name of your cancer doctor?”

“Mary, why are you asking me that?” I responded, staving off a sudden sinking sensation.

“Well,” she said, struggling to keep her voice even. “I just had a CT scan done and it doesn’t look good.”

And it wasn’t. My sweet friend and dear sister Mary fought one of the toughest cancer battles I’ve ever witnessed. Things were almost constantly downhill from the time she was diagnosed. She suffered terribly, but always tried to put on a good face.

She kept her sense of humor throughout her fight. She made the best of circumstances, trying to keep her chin up even as her body was giving out. For her family, she tried to remain optimistic. She wanted to stay on earth for them and continue showering her grandchildren with love.

Even with all the cancer treatments and prayers, however, her situation deteriorated rapidly until one spring morning, only months after her diagnosis, I received the call that my beloved friend Mary had died.

A day or so after her death, Mary’s family asked me to write and deliver her eulogy. Though I hardly felt up to the task, I accepted the invitation. I interviewed Mary’s sisters, who had come from all over the United States, and thoroughly enjoyed getting to know them personally after knowing them through Mary. The most difficult thing about writing her eulogy was that I didn’t feel I could do justice to the life of a woman like Mary.

What a blessing she was in my life and continues to be even now. I learned much from her that will stay with me for the rest of my life. I am deeply grateful that I was her visiting teacher, that she let me come into her home, and that we eventually became the best of friends, despite initial dislike and differences.

I look forward to seeing her again someday—to seeing her beautiful smile, hearing her mischievous laugh, and learning from her wisdom and life experiences. I am convinced that each of us has a best friend in our ward or branch that we haven’t made yet. So no matter how unlikely a friend may seem, stay open to the possibilities.

Debra Sansing Woods is the author of Mothering with Spiritual Power: Book of Mormon Inspirations for Raising a Righteous Family, available at Deseret Book stores and deseretbook.com. Read more from her at debrawoods.com.

For more stories like this, check out the latest edition of LDS Living Magazine, available now at Deseret Book or deseretbook.com.