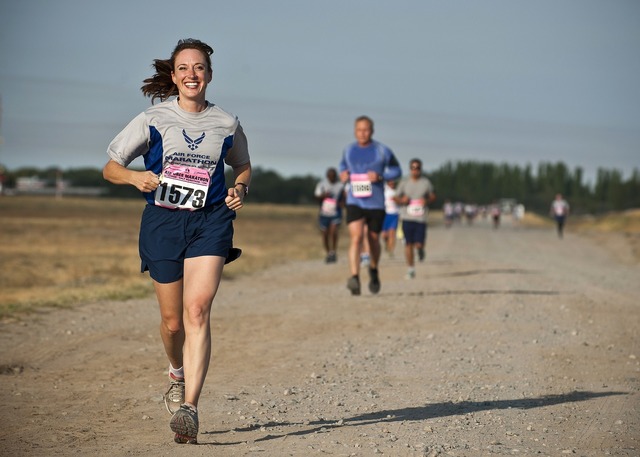 After several successful half-marathons, I decided to run a full marathon. When I registered—actually paying money to run 26.2 miles—I felt motivated and excited. However, I got busy and my training suffered. My lack of preparation became evident when I took a short three-mile run a few days prior to the race. I decided to switch to the half-marathon. By then, however, it had been closed to new runners. My only option was to run in the 10K (6.2-mile) race. What had been motivation and excitement turned to laziness and indifference. The prospect of getting up early to run 6.2 miles didn’t appeal to me. I decided I’d run another time.

Yet this decision left me feeling discouraged and disappointed. The morning of the race, I was wide awake at 4 A.M. (the exact time I would have been boarding a bus to the starting line of the half-­marathon), anxious because I had committed to do something but was unprepared. After tossing and turning for several hours, I got out of bed to run an errand and discovered that the starting line for the 10K I’d been too lazy to run was directly across the street from my house. I could have walked to the starting line to run the race. Upon returning home from my errand, I found myself staring at the runners racing past my window, accomplishing their goal and fulfilling what they had prepared to do. I was jealous. I stood with my nose pressed to the window like a small child who had been left behind. I was experiencing “race envy.” But then it hit me that I had indeed paid money to be a participant in the race, and though I hadn’t fully paid the price to physically prepare to run 26.2 miles, I had spent the past year becoming stronger and more fit in my ability to run. I certainly did have the capacity to run a portion of the race that day.

I was determined to do just that! I tied up my running shoes and sprinted out the door to join the race. Within minutes of crossing the street and getting into the rhythm of the course and the pace of the runners, I started to think about friends who would be running. You see, not only was I struggling with feelings of disappointment for not running the marathon, I also felt badly for encouraging a friend to travel from another state to run the race with me. It was at about this point that I heard my name being called. There was my friend who had been struggling through the course. His back and legs were aching and he wasn’t sure he could finish. It felt like a wonderful tender mercy and a message of hope that we had met on the race course. My capacity to run was renewed. I was ready to reassess my goals and participate in something I had been anticipating for months. The race became a powerful metaphor for my life.

How often do we sign up for something—whether it is literal or mental—then not show up because we don’t feel ready or qualified? Do we ever stand on the sidelines wishing we were in the race, feeling powerless and punished by our own inability, lack of preparation, or insecurity? Do we look on, wishing we were in the race, feeling envious of those who are participating and moving forward in their goals?

My experience that day taught me a great deal about the daily opportunities of life. Once I stepped away from pouting behind my window and joined the race, I realized that I was strong and capable. I could do something. And though it wasn’t the thing I had expected to do when I first signed up for the race, it was better than nothing.

Furthermore, this experience wasn’t just about me. In my selfishness, I had neglected to acknowledge the commitment I had made to a friend. It was miraculous that I had actually met up with my friend on the race course after he had traveled some distance to run the race. There was a sense of clarity and purpose in my life at that moment as I experienced the Lord’s awareness of me and my friend. Things work out when we do our part—not necessarily in the way we anticipate or expect but always in the way the Lord intends.

Entangled in my own inadequacy and insecurity, I had lost track of what was most important to me. I had set the goal to develop myself as a runner with the intention of always trying to do my best. By doing nothing, I was filled with negative emotions: envy, self-defeat, and selfishness.

I ran three miles that day. Not the 26.2 I had hoped for, but it was more than nothing. In the process, I was able to help a friend who was struggling to meet his goal.

Another opportunity to encourage others presented itself as I ran in the opposite direction to return home. I began to express encouragement as I ran toward the runners. Calling out, “Good job, runners. You’re strong!” fueled my jog home. In that moment I was reflecting on past races when I had experienced cheers from strangers and found joy in reciprocating what I appreciated from generous spectators. I love hearing the calls from the sidelines and feeling my weary body and discouraged spirit being lifted up by words of reassurance.

No longer was I self-focused and disappointed because I wasn’t doing what others had worked to accomplish. Instead of envying the runners, I was cheering them on. I had done what I could that day and as a result, feelings of accomplishment replaced feelings of inadequacy. I stepped away from the window of envy and joined the race! My goal had been to earn a medal as a finisher at the end of the race, but I won a different prize that day. I learned a life-changing lesson of trying and doing my best. There is power in doing something instead of wishing life away. 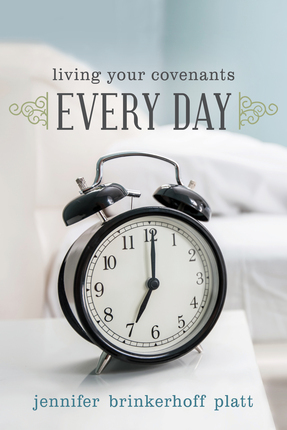 The little things we do on a daily basis don’t just matter—they can make all the difference. Intentional daily acts focused on covenant-keeping will bind us to the Savior as we are deliberate and determined to follow Him in small and simple ways. Drawing upon the teachings and lives of ancient and modern prophets, author Jennifer Brinkerhoff Platt identifies patterns of truth that encourage increased commitment to covenant relationships while diminishing the binding grip of the adversary. Included are chapters on the need to be consistent in covenant- keeping, on recognizing Satan’s tactics and lies, on undoing self-destructive routines, on the role of the Spirit to help us both feel and follow promptings, and on the power of daily scripture study and prayer in establishing habits that reinforce and support our commitment to the Savior.