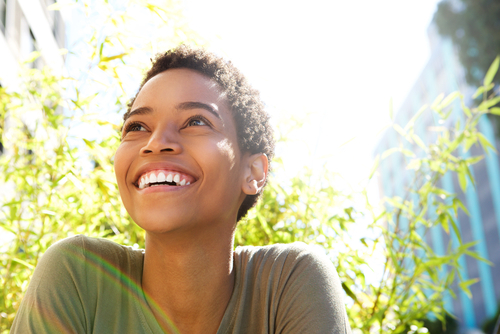 Feeling good about yourself and realizing your worth is always important and, in fact, plays an important role in relationships. It’s very hard to connect with people who are constantly putting themselves down or dismissing the kind things others have to say. Some don’t say anything out loud, but you can get the sense from their behavior or posture that they feel they have nothing good to offer. It’s as though they are determined to prove that there is not a single good thing about them.

Wanting to be humble is a big reason people have a hard time accepting compliments. But it might be more accurate to say that we reject the compliment because we want people to think we’re humble—which, ironically, is actually pride. Isn’t it? It’s as though we are thinking, “I don’t want someone to think that I’m full of myself,” which means, “I’m motivated by what other people think of me,” which is pride. Recognizing the good gifts God has given you is the ultimate humility.

► You'll also like: How Satan Disguises Complacency as Contentment Without Us Realizing It

Myth: If I notice good things about myself I am being prideful.

Truth: Gratefully acknowledging God’s goodness in me is actually humility!

Rejecting a compliment also invalidates others for seeing what they see in you. But I’ve found that for many of us, our view of ourselves and our goodness is minuscule compared to what others see in us. We are the first to find reasons to belittle ourselves and point out our flaws, which makes it hard to receive any other point of view that doesn’t closely match our own. Receiving a compliment can actually be a very gracious thing because you are allowing somebody to think their own thoughts about you. Try letting them have their own opinions instead of talking them out of their viewpoint. They just want to contribute to you, so accept the gift!

What if you reply to the next compliment you receive with something like, “Thank you so much. That really feels good to hear. Thanks for seeing that in me.” You see, it’s really about seeing what God has given you, which is everything: the breath that we breathe, the body that we have, the talents we have been blessed with, the opportunities we have been given. Saying “Thank you for seeing that in me” and accepting a compliment is not prideful. It’s all a gift, and when we can’t accept the positive, we’re denying blessings or at least not acknowledging the blessings that God has given to us.

► You'll also like: Toss the Guilt and Catch the Joy: The Importance of Taking Time for Yourself

It’s also fairly common for us to fall into the trap of comparing ourselves to others. We put ourselves down when we think someone else is somehow better than we are. Or we put others down to make ourselves feel better. If you are concerned about humility, consider that the habit of comparing yourself to another is the ultimate recipe for pride.

I love what C.S. Lewis said: “Pride gets no pleasure out of having something, only out of having more of it than the next man. It is the comparison that makes you proud: the pleasure of being above the rest. Once the element of competition has gone, pride has gone” (C. S. Lewis, Mere Christianity [New York: HarperCollins, 2001], 122).

Here is the flip side: If you compare yourself to other people and you always end up being the one who is less-than in some way, that’s still pride! It’s prideful because in a sense you are insisting that you know more than anyone else about how things are supposed to be. You must believe that you should be more of this or less than that and you have no patience or gratitude for the gift of your life. You insist that you are less than—but why? So you can get attention and sympathy and draw even more attention to yourself? To keep people around you that can bolster your self-esteem and try to convince you that you are okay? My invitation to you is to get out of the comparison trap altogether and leave the judging to the Lord. Your life will be so much more peaceful and your heart will be less burdened. 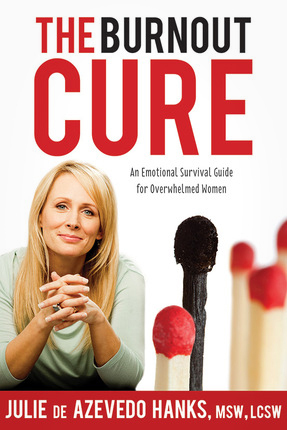 As a wife, mother, clinical counselor, and musician, author Julie de Azevedo Hanks understands better than most the demands placed on women in the Church, and she has spent years providing clinical counseling to Latter-day Saint women and families. The Burnout Cure dispels common cultural myths that often leave women feeling “never good enough.” Through scriptural quotes, personal stories, and clinical examples, Hanks offers a bevy of tools designed to help sisters identify and meet their emotional needs, to accept their limitations, to let go of the guilt and perfectionism, and to lean on the Lord.