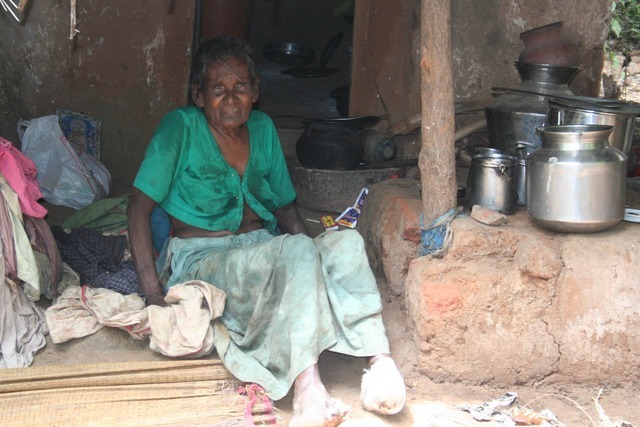 Leprosy is one of the most feared diseases in human history. Assumed by many people to have disappeared centuries ago, this devastating disease continues to destroy the lives of people around the world.

Like most of us, I'd never given leprosy much thought. The only time it crossed my mind was during scripture study or Sunday school lessons. (The Old Testament notes that Moses, his sister Miriam, Naaman, and King Uzziah were all at some time afflicted with the disease. There are also accounts of Jesus healing leprosy victims in Matthew, Mark, and Luke - I use the term "leprosy victims" because "leper" is considered extremely offensive today.)

It was Church member Becky Douglas who first opened my eyes to the suffering this ancient disease still inflicts today. She is the founder of Rising Star Outreach, a nonprofit organization dedicated to helping leprosy victims and their families (to read her story, click here ). Her accounts of the trials leprosy victims face and the amazing progress that is being made through her organization fascinated me, so I immediately accepted her gracious invitation to come to India and see for myself. I'll be sharing my experiences with you over the coming weeks, but today I want to give you some background about the disease - much of which may surprise you.

While doing some research for my trip, I learned that an effective treatment for leprosy, also known as Hansen's disease, has existed since 1982. In fact, the World Health Organization (WHO) has made this treatment available free of charge worldwide since 1995. Still, the WHO estimates that about three million people worldwide are permanently disabled by the disease, and approximately 70 percent of the world's cases are found in India.

Why India? There are several reasons. First, there are about half a billion people living in poverty there. So despite government initiatives to educate the public about the disease, the message doesn’t reach the poorest of the poor, who are living in horrendous conditions tantamount to disease and starvation.

But perhaps the most influential factor is the cultural stigma associated with the disease. In India, leprosy is widely considered to be a curse, and those who contract the disease are evil, receiving punishment for a sin committed in this life or a previous one. Those afflicted with leprosy are often treated as "untouchables," disowned by family members, and cast out of society - forced to live in leprosy colonies on the outskirts of civilization and beg on the streets for survival. That's why many times people are too ashamed and afraid to seek treatment, and those who are brave enough to go to the hospital are often turned away. (Yes, it's shocking. But before you rush to judgment, it should be noted that for years leprosy patients in the U.S. were required by law to be confined at a facility in Carville, Louisiana, many of whom were forced there against their will. Patients there often changed their names to protect their families' reputations, were not allowed to marry, and were denied the right to vote - a right they finally won in 1946.)

Despite the tremendous obstacles, progress is being made in India. I have seen it. But it will likely take generations to overcome the cultural stigma associated with leprosy, as well as restore health, self-respect, and self-confidence to leprosy victims.

While in India I had the privilege of meeting many leprosy victims and their children, who are also considered "untouchables" by association. By sharing some of their stories, it is my hope to show the hearts and souls and indomitable spirits of those who suffer from the effects of this disease. Stay tuned.

Click here to read the second part of the series, "Healing Body and Spirit."