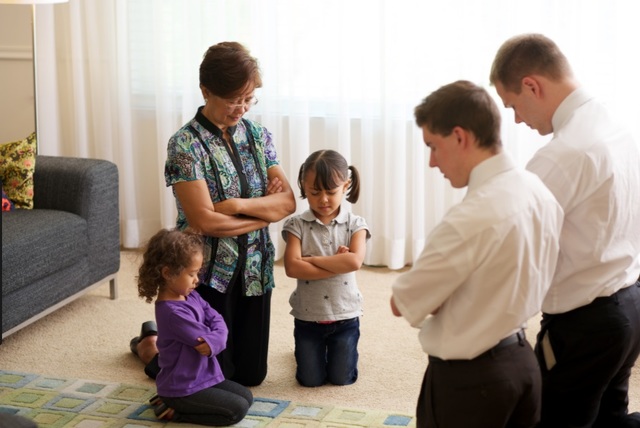 "My speech and my preaching was not with enticing words of man’s wisdom, but in demonstration of the Spirit and of power." —1 Corinthians 2:4

The next day was their first district meeting of the month, and each of the companionships was to come prepared to share its goals for the new month. It was not an easy mission to baptize in, and the baptism goal of each companionship ranged from three to five people. Then it was Elder Parker’s turn to share his baptism goal for the month. When he said they were planning on baptizing twenty people that month, the district leader almost laughed out loud. He thought, Elder Parker doesn’t even know the first discussion but is going to baptize twenty people. This I have to see.

The next week when the missionaries met, the only elders who had baptized were Elder Parker and his companion. They had baptized five people. The district leader wanted to see how Elder Parker could baptize so many despite his not knowing the discussions, so he asked to go with Elder Parker the next time he was going to teach a first discussion.

The next day, the district leader received a phone call and was invited to go with Elder Parker the following morning to help him teach the first discussion to an interested family. In those days, the discussions were memorized and given almost word for word. Missionaries would take turns, each giving a few paragraphs and shifting back and forth so it seemed like an informal discussion. Elder Parker started the discussion and completely murdered the first part. The district leader took his turn and tried to bring some order back to the flow of the discussion. It was then Elder Parker’s turn again—he completely skipped several key paragraphs. By the end of the lesson, the district leader was totally disoriented and confused. He felt that the family probably felt the same way.

When the discussion was over, Elder Parker leaned forward and put his hand on the arm of the family’s father. He then looked him straight in the eyes, told him how much he loved him and his family, and bore one of the most humble and powerful testimonies the district leader had ever heard. By the time he finished, every member of the family, including the father, and both elders had tears running down their cheeks. Next Elder Parker taught the father how to pray, and they all knelt down while the father prayed that they might receive testimonies of their own and thanked Heavenly Father for the great love that he felt. Two weeks later the whole family was baptized.

As they were driving away from the discussion, Elder Parker apologized to the district leader. He told him he felt bad that he did not know the discussions better. He said he had always had a problem with memorization. He said he got up at 5:30 instead of 6:00 every morning and spent two hours on the discussions but could never remember them well when it came time to teach. He explained that he knelt in prayer before teaching each family and talked with Heavenly Father about his problem. He would ask Heavenly Father to bless him so that when he bore his testimony, the people would feel his love and the Spirit and know they were being taught the truth. 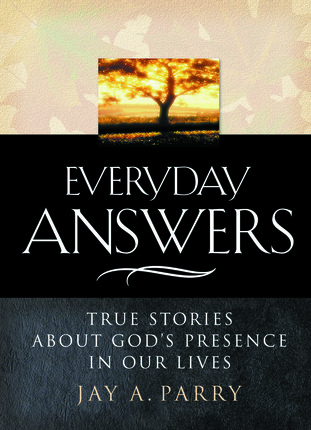 This new collection of true stories reminds us that the Lord is ever ready to bless and comfort us if we keep our covenants and remain faithful. These stories will touch your heart and stir your memory, drawing forth the welcome discovery that your own life has been filled with everyday answers. Perhaps it was guidance with a particular challenge, an answer to a specific question, or a feeling of God's love. Whatever the request or the specific blessing obtained, we find sustenance and hope in the knowledge that a loving Heavenly Father hears and answers prayers every day.