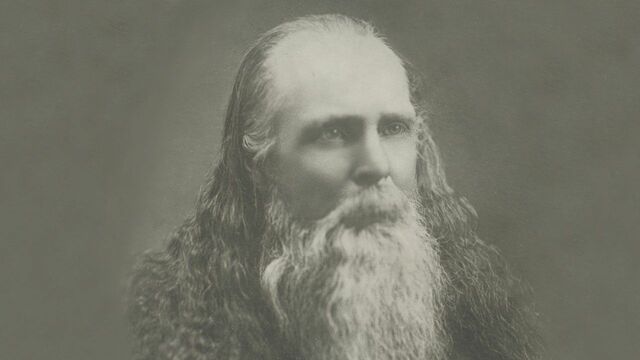 The stories surrounding Porter Rockwell, an early Church member and a larger-than-life character in Church history, are varied and fantastic. For example, did he really try to break Joseph Smith out of Liberty Jail? Was he truly the first Latter-day Saint to hunt bison on the Great Plains? Would he actually yell “Wheat!” when charging into a fight?

In a new article published by the Church History Library, historians Emily Marie Crumpton, Brian Passantino, and Jeffrey Tucker address some of the most common questions the Consultation Services team receives about Orrin Porter Rockwell. They point out that many of the stories are difficult to verify because Porter was barely literate and left very few personal records. But there are a handful of second-hand accounts and early biographies that originate from oral sources that help us determine the truthfulness or accuracy of some of the most interesting (or outlandish) stories about the man they called “the Destroying Angel.”

Did Joseph Smith really promise Porter Rockwell that if he didn’t cut his hair, he would be protected from harm?

The modern-day Samson prophecy very well might be true. According to legend, at his Christmas party in 1842, Joseph Smith told Rockwell, “I prophesy, in the name of the Lord, you—Orrin Porter Rockwell—so long as ye shall remain loyal and true to thy faith, need fear no enemy. Cut not thy hair, and no bullet or blade can harm thee.”

In the book Orrin Porter Rockwell: Man of God, Son of Thunder, which is the most common source cited for this legendary prophecy, the best source that author Harold Schindler could find verifying the facts was a manuscript written the morning after the party by a man named James Jepson. Other journals, letters, and autobiographies referencing the prophecy exist, but they are all second- or third-hand accounts.

Later in his life, Porter met Agnes Coolbrith Smith Pickett, the widow of Joseph Smith’s brother Don Carlos in California. Agnes’s hair had fallen out due to a severe case of typhoid fever, and Rockwell volunteered to have his long hair cut to make a wig for her. He did so, but even though it was for a good cause, Rockwell reportedly felt guilty for violating Joseph’s prophecy; from then on, he blamed whiskey and swearing for the one time he cut his hair.

Learn the answers to more questions about Porter Rockwell and see historical citations for this story in the full article from the Church History Library.