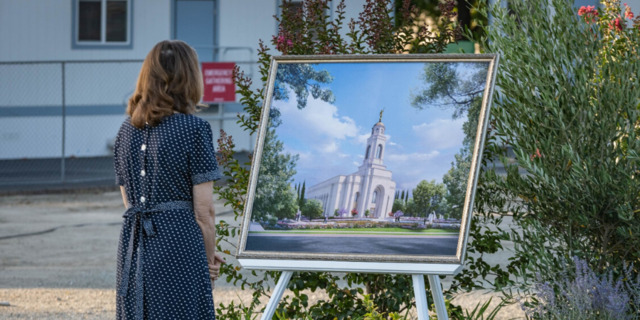 On Saturday, July 18, 2020, the Feather River California Temple became the fourth temple to have a broadcast groundbreaking ceremony due to current COVID-19 guidelines, but that’s not the only way the groundbreaking of the eighth temple in California was remarkable.

The community in Yuba City has expressed immense support for the temple. Church News reported that Peter Hall, the local temple committee co-chair, reached out to local religious leaders and others in the community while compiling the history of the groundbreaking to see if there had been any negative reactions.

“We haven’t found any,” Hall told Church News, noting that after the temple announcement people of other religions offered to donate land.

The land where the temple now stands was originally purchased from Mehar Tumbar, a father in a Sikh family, to the Church. It was originally used to build a stake center, but the family remains excited about the land being used for the temple.

“The temple coming here . . . is special. And [Mehar] would be absolutely thankful for it over anything else,”  Ravi Tumbar, Mehar’s son, told Church Newsroom.

► You may also like: Why this Sikh family is excited a temple is being built on land they sold to the Church

In the dedicatory prayer, Area Seventy Elder Paul H. Watkins, who presided at the ceremony, prayed “for the surrounding community that they will see and know that this temple is a blessing to them.” Elder Watkins also asked for a blessing that the ancestors of those who were not members in the area “will have an increased influence upon their families here on earth.” 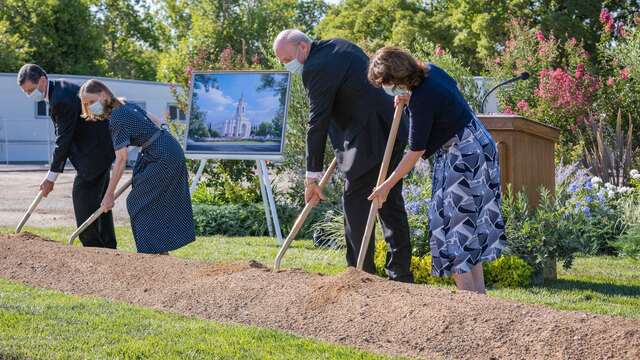 Sister Dena Watkins, wife of Elder Watkins, shared remarks about the importance of the temple, especially for the youth in the area. She read the lyrics of “I Love to See the Temple” and modified them slightly, shown in italics below:

For the temple is a holy place
Where we are sealed together
As a child of God, I've learned this truth
A family is forever

“I know that attending the temple and walking on temple grounds can bring amazing, sacred, and spiritual experiences to each of us,” Sister Watkins said at the groundbreaking ceremony. “May this temple be a beacon and a light unto you and this community.”

Other temples that have had broadcast temple groundbreaking ceremonies due to COVID-19 include the Layton Utah Temple (May 23), the Alabang Philippines Temple (June 4), and the Auckland New Zealand Temple (June 13).

Read more about the groundbreaking ceremony at Church News or watch a video of the ceremony.