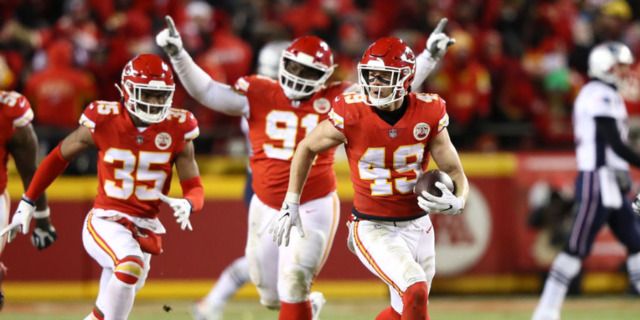 Latter-day Saints have often taken the field for the most-anticipated football event of the year, and the 55th Super Bowl on Sunday, February 7, will be no exception. Here’s a look at four Latter-day Saint stories connected to this year’s Super Bowl between the Kansas City Chiefs and the Tampa Bay Buccaneers. 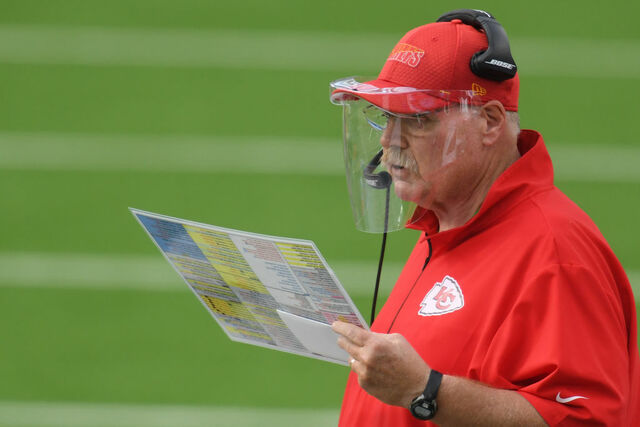 Head coach Andy Reid of the Kansas City Chiefs wears a face shield as he looks on from the sideline against the Los Angeles Chargers during the third quarter at SoFi Stadium on September 20, 2020, in Inglewood, California. (Photo by Harry How/Getty Images)

Kansas City Chiefs Head Coach Andy Reid will return to the Super Bowl field for the second year in a row. A recent feature in Deseret Magazine shared a look into the Latter-day Saint coach’s life, including his conversion to the Church while attending Brigham Young University. According to Deseret Magazine, when a teammate asked him why he joined the Church, he said, “I really believe for me this is the way.”

Reid, who played on the offensive line at BYU, decided to pursue a career in coaching after some advice from head coach LaVell Edwards. 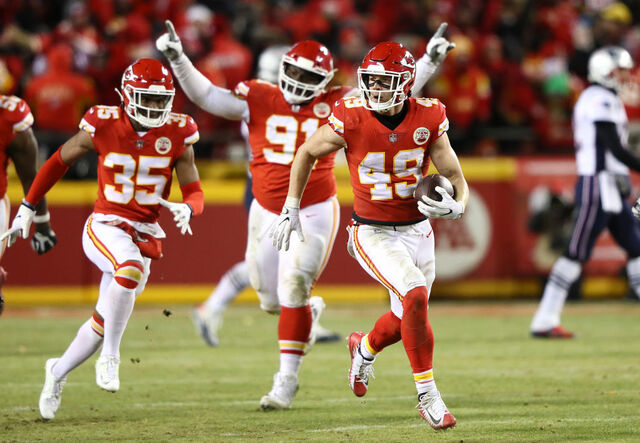 Daniel Sorensen #49 of the Kansas City Chiefs celebrates with teammates after intercepting a pass in the fourth quarter against the New England Patriots during the AFC Championship Game at Arrowhead Stadium on January 20, 2019, in Kansas City, Missouri. (Photo by Jamie Squire/Getty Images)

Daniel Sorensen, also known as “Dirty Dan” and a former BYU safety, is known for his strong defensive plays for the Kansas City Chiefs. His start on the team came after a call from head coach Reid. (Of all the NFL teams that reached out Sorenson, Reid was the only head coach who reached out to him personally, according to KSL.com.) The two instantly connected over their shared faith.

“There are a lot of ties to BYU, but the Church is such a big part of my life . . . it defines who I am as a person, our family, and the choices that I make," Sorensen told KSL.com. “I know it's the same with coach Reid . . . To be able to share that with the head coach means a lot.”

► You may also like: What this ward family did to welcome home their Super Bowl champion in 2020, Daniel Sorensen

At 4 years old, Porter Ellett lost his right arm in an accident. When he interviewed for a senior assistant position with the Kansas City Chiefs, Reid told him he needed someone to basically be his right hand. Ellett responded that wasn’t a problem, “as long as you would be okay with your right-hand man not having a right hand.”

Ellett’s nickname for his first three seasons with the Chiefs thus became the “left-hand man” as he helped to manage game plans, scheduling, and other tasks, as shared in the Spring 2019 issue of BYU Magazine. He now is the offensive quality control coach, according to the Chiefs's website.

Team members recognize Ellet’s positive attitude as well as his constant smile. When Ellett speaks at youth firesides, he encourages them to focus on the positive.

“You should laugh at yourself. You should smile. You should ignore people whose opinions don’t matter. Pick the three or four people you are going to listen to. For me, my parents’ opinions matter, my wife’s, God’s, and then Coach Reid’s, as far as my job goes. Pick who you’re listening to and just listen to them.” 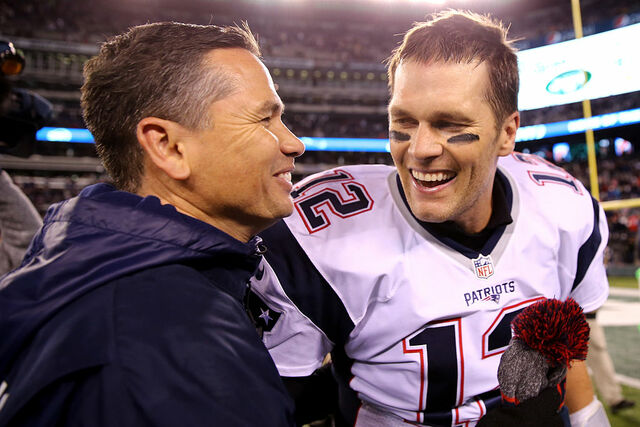 Tom Brady #12 of the New England Patriots celebrates with trainer Alex Guerrero after defeating the New York Jets with a score of 22 to 17 at MetLife Stadium on November 27, 2016, in East Rutherford, New Jersey. He is now the quarterback for the Tampa Bay Buccaneers. (Photo by Elsa/Getty Images)

When 43-year-old Tom Brady takes the field on Sunday night, he’ll be playing for a possible seventh Super Bowl title—and one of the people he credits his success to is his “Mormon friend Alex.”

Alex Guerrero, a lifelong member of The Church of Jesus Christ of Latter-day Saints, is Brady’s trainer. He developed a system that “combines nutrition, hydration, brain training, and a special form of massage in order to create a state of pliability,” as reported by Deseret News.

His system has roots in traditional Chinese medicine and massage.

“The idea of the body being connected spiritually, emotionally, physically, made sense to me, for obvious reasons. In our faith, you’re taught to nourish all three,” Guerrero told the Deseret News in 2019. “Chinese medicine is all about that. It’s about finding harmony and balance in life,” he said.

Learn more about Guerrero at the Deseret News.

Football Super BowlFootball,Super Bowl,
Comments and feedback can be sent to feedback@ldsliving.com