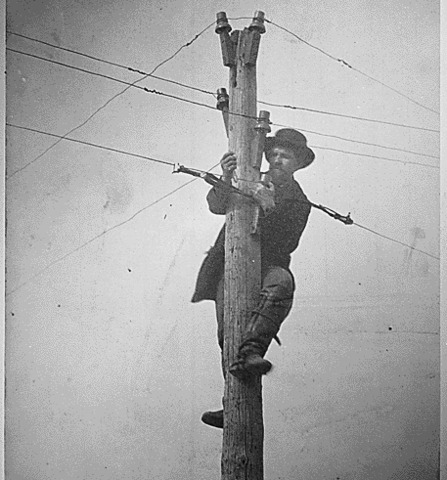 The strange connection between the LDS Church and telegraph

The first transcontinental telegraph line went into operation 149 years ago on October 24, 1861, when the gap between the country's eastern and western networks was closed. The year before, Congress passed the Pacific Telegraph Act, subsidizing its construction and Hiram Sibley, president of the Western Union Telegraph Company, organized crews to build west from Omaha and East from Carson City to Salt Lake City.

While Abraham Lincoln received the very first message sent all the way across the nation that day, a different kind of leader was the first to test out the Salt Lake -- San Francisco wire: Brigham Young, leader of the Church of Latter Day Saints.

Young was given the honor because the Mormons were absolutely crucial in ensuring the construction of the telegraph line. In fact, Young was fantastically gung-ho about the telegraph, and so the ranks of the Mormon Church was were too.
Read the rest of this story at theatlantic.com