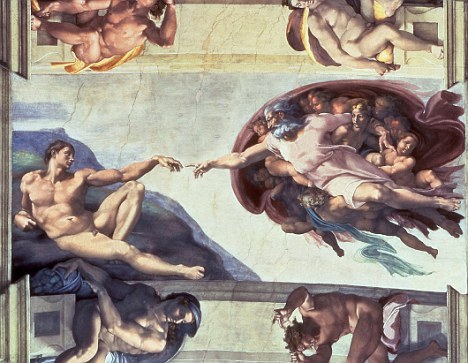 The tantalizing proof that religion makes you happier and healthier

God has had a tough time over the past few years. On TV, in newspapers and on the internet, the debate as to whether faith has any relevance in a sceptical modern world has been as ubiquitous as it has been vigorous.

And it has been pretty clear which side is the most splenetic.

From Richard Dawkins’ powerful atheist polemics to Christopher Hitchens’ public derision of the Roman Catholic Tony Blair and Stephen Hawking’s proclamation that the universe ‘has no need for God’, it seems that unbelievers have had the dwindling faithful on the run.

As research for my latest novel, Bible Of The Dead, I have spent months investigating the science of faith versus atheism, and discovered startling and unexpected evidence. It might just change the way you think about the whole debate, as it has changed my view.

I am not a religious zealot. On the contrary, I was a teenage atheist. And although in adulthood I have had a vague and fuzzy feeling that ‘there must be something out there’, I was never a regular church-goer. But what I have discovered, on my voyage through the science of faith, has astonished me.

My journey began a couple of years ago when I was travelling in Utah, the home of Mormonism. During my first week there, I approached this eccentric American religion with a typically European cynicism. I teased Mormons about their taste in ‘spiritual undergarments’; I despaired at being unable to find a decent cappuccino (Mormons are forbidden coffee, as well as alcohol, smoking, tea and premarital sex).