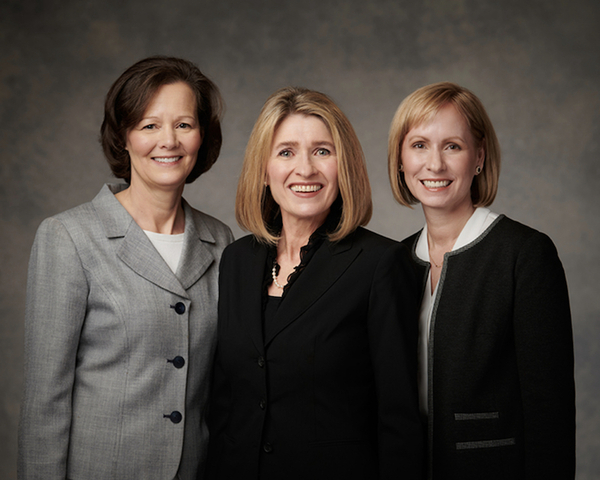 The tender stories behind the new Primary General Presidency’s calling

When the new Primary General Presidency was sustained in April 2021 general conference, the experience was different from most. Rather than being in the Conference Center and taking a seat on the stand as many do in new Church leadership callings, the presidency watched the event from their home while surrounded by family.

In a recent episode of the Church News podcast, the presidency reflected on their callings and what it means to them to be able to serve. Here are some highlights from their remarks.

When considering who to call as her counselors, President Camille N. Johnson knew very little about Sister Susan H. Porter or Sister Amy A. Wright, who had served on general advisory councils for Relief Society and Young Women’s respectively. But despite that, Susan’s name entered her mind in the middle of the night, and Amy’s name came immediately to her as well.

After the call was extended to them and they met, President Johnson said it felt like a reunion of friends that she’d known for the eternities. She also remembered the Saturday afternoon when they were all called in general conference.

“We all had a unique experience, that because we were not in the Conference Center, we were at home, in the presence of family, at the time that people were asked to raise their arm to sustain us. And it was a beautiful moment for me to look around that room with the people that I love the most. I had received permission to tell my boys the night before. So they were all there with me. I had my family there with me and to see them all raise their hands was really quite remarkable. At the time, we could look up at the screen and see the 15 prophets, seers, and revelators with their arms raised as well. . . . The call is overwhelming. That show of support from the people that mean the most was remarkable.”

In 2016, Sister Susan H. Porter’s husband, Elder Bruce D. Porter, died unexpectedly while he was serving as a General Authority Seventy. She reflected on how this put her in different circumstances from the other sisters when she received her call.

“I was alone in that knowledge where, you know, Sister Wright, and Sister Johnson over those six weeks between when we were called and when we were sustained, could council together with their spouses. And certainly, I took the opportunity to pray and ask, you know, Heavenly Father that Bruce would, of course, be mindful.”

► You may also like: Missed the Thursday morning session of BYU Women’s Conference? Here are 4 key moments you don’t want to miss

Her daughter Lisa came to be with her as she was being set apart for her calling.

“The beautiful thing about that is that was the second time we have been in that special room, the First Presidency room, because that is the room that we all were able to go to as a family when Bruce was set apart as a member of the Seventy. And she was a young, barely a Beehive. But it was a very sweet experience to be there with her. And to be able to meet with the First Presidency and to have their hands laid on our heads to set us apart with a sacred calling.”

Sister Wright’s children were unaware of her call before she was sustained. With one of her sons away on his mission in Africa, she had a prayer in her heart for her children that they would be able to hear from a prophet, seer, and revelator at the same time.

Her son had contracted COVID-19 shortly after he arrived in Africa and was serving in a remote village. Needing some connection to home, he wanted to listen to just one conference address although he had no access to internet or satellite. But he felt the impression to ask his companion if there was enough data on their phones to listen to just one conference address.

Able to connect, he was disappointed when he heard the statistical report rather than a talk. Then, interrupted by a phone call, he got off and connected again only to hear General Authorities being called. Once more, he was interrupted from watching but he decided he would try one more time to hear a message.

“As he got on, they had just started to announce the newly called Primary General Presidency. So in real time, he heard that his mom was called to serve as the Second Counselor in the Primary General Presidency, the exact same time his brothers did. And that was just a beautiful reminder to me, that when something’s important to us, it’s also important to the Lord. And it’s something that I’ve held on to—to know that He truly is aware of not only us as sisters, but also our families. Because this really, this calling really directly affects most specifically and intimately our families. And that’s a comfort to know that they are watched over and guided and protected and safeguarded during our service.”

Listen to the entire podcast, which includes what the Primary General Presidency has learned from serving in their callings thus far, at Church News.