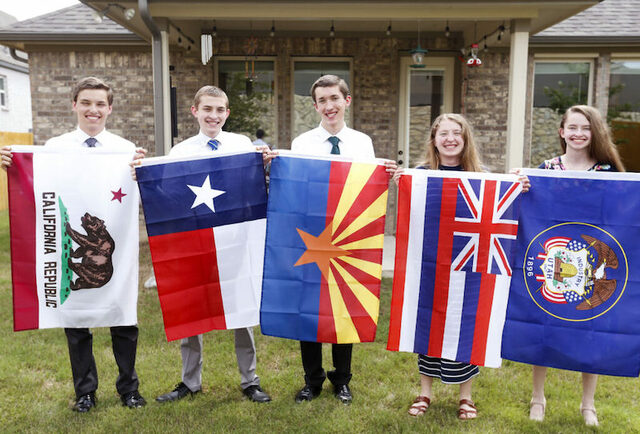 The Faylor family, from San Antonio, Texas, will soon be making Church history as all of their children begin missionary service this fall.

Born on September 1, 2002, the Faylor siblings—Cathryn, Nataleigh, Joshua, Jonathan, and Joseph—are the first set of quintuplets to serve missions concurrently, according to the Church’s Missionary Department. The department also told Church News that three sets of quadruplets and 57 sets of triplets have served missions simultaneously.

All five of the Faylor siblings will be serving stateside, from California to Hawaii to Utah to Arizona to Texas. While they received their calls on the same day, they opened them individually, pondering and processing their calls on their own before sharing it with their family.

This will also be the first time the siblings have spent an extended period of time away from each other. But while that will certainly bring its challenges, the siblings will still be there for each other in new ways.

“We’ll be in different areas, but we’ll still be struggling with that feeling of homesickness, or that feeling of being unsure as we’re just starting out,” Joshua told Church News. “So while they may not be right next to me . . . we can all bolster each other from wherever we are in the world.”

Read more about the Faylors at Church News.