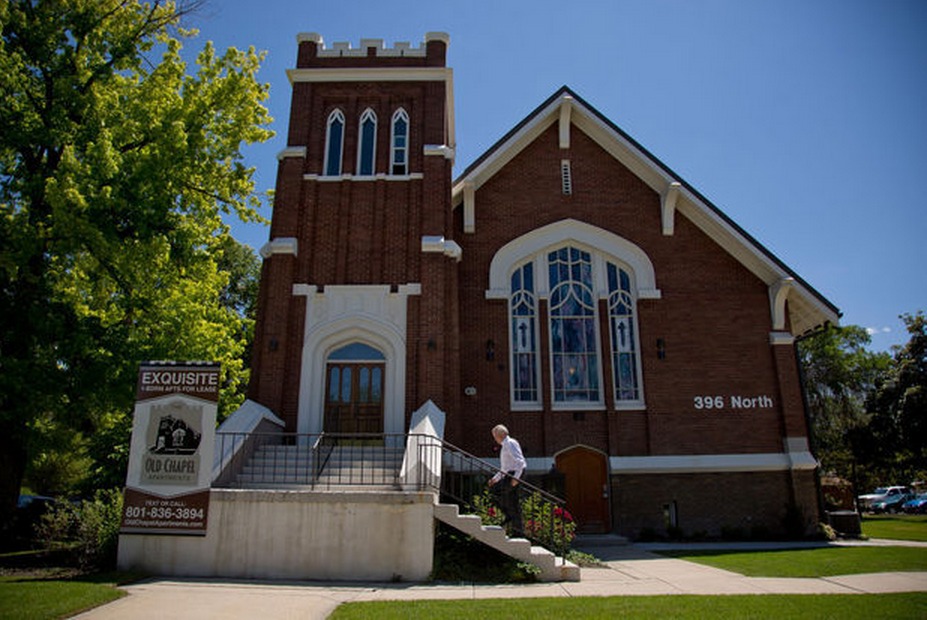 This Historic Church Building Was Converted Into Must-See Luxury Apartments

Upscale apartments aren’t unique in Provo, but Greg Soter’s are.

The old LDS Fourth Ward Chapel on 100 West and 400 North is now the home of 15 uniquely different high-end one-bedroom units.

For more than two years Soter drove past the building with big dreams of one day doing something amazing with the historic edifice. He was worried it would fall into decay before he could save it.

It has taken nearly four years of hard work, negotiating on city fees, and Soter taking six months off to recover from injuries sustained in an airplane crash, but the building is done. And the results are exactly what Soter wanted.