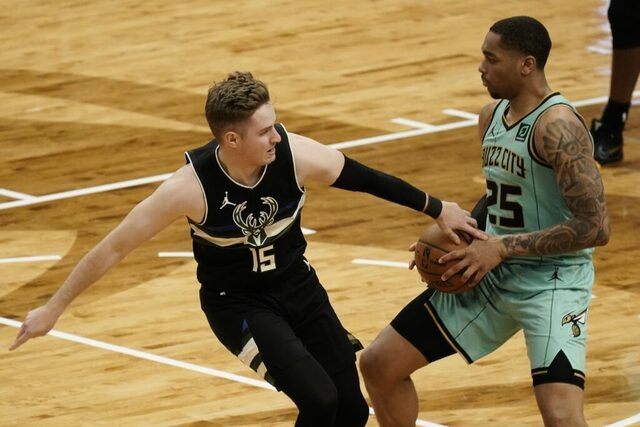 Seven years ago, Sam Merrill traded Utah State’s basketball court for the mission field. Upon returning from Nicaragua, he had a successful college basketball career that led to him getting drafted by the Milwaukee Bucks and playing in this year’s NBA Finals in his rookie year. Just last month, in the midst of play-offs, Merrill shared with his thousands of Instagram followers the positive impact his mission had on his life.

“Hard to believe it’s been seven years since I left to serve a mission for The Church of Jesus Christ of Latter-day Saints in Nicaragua,” he wrote in an Instagram caption attached to several of his missionary photos. “I’m so grateful for the experience that I had and for all the incredible people that I got to meet while serving the Lord. Would not be where I am today without serving a mission.”

“Elder Merrill was always very kind and compassionate,” he told Church News. “He truly grew to love the Nicaraguan people.”

President Russell also said Merrill was frequently assigned to train new elders because he was always supportive and helpful—or in other words, a great teammate.

To read more about Merrill’s missionary service and his participation in the NBA see Church News.