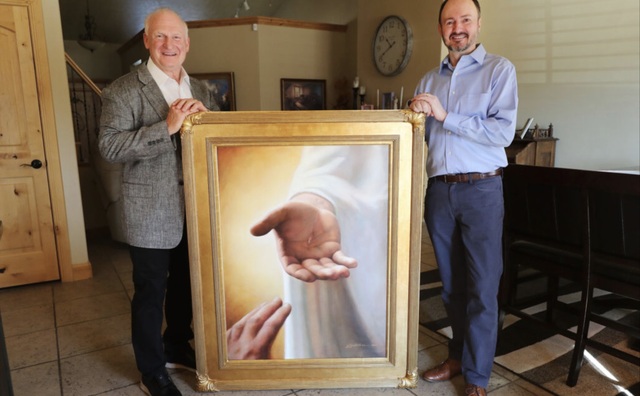 Elder Dieter F. Uchtdorf recently shared a captivating image and video in a missionary devotional and then again in a Facebook post. Elder Uchtdorf heard about the image, titled “Within Our Grasp,” through a mutual friend and the story behind its creation is amazing.

While cycling, Culley Davis was contemplating what a featured illustration might look like for a project he was working on that focused on the Atonement of Jesus Christ.  Suddenly an image came to his mind—an image of the Savior’s hand reaching for another’s hand.

“The image was clear and powerful—that’s me, that’s everybody,” Davis told Church News. “I had to stop and get off the bike. I fell to my knees on the side of the road and just bawled. It took me five, six minutes to get composure.”