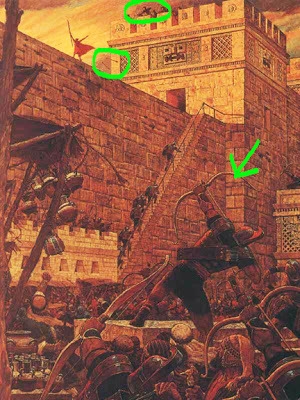 Thou Shalt Have Clout

Everyone loves the story of Samuel the Lamanite. When I was a kid, it was also my favorite picture included in the Book of Mormon. It is an epic picture.

Especially that big archer dude, and the sneaky close-range guys up above. But mostly, the invincibility that Samuel had as the Lord protected him to deliver His message.

For a quick recap, the story of Samuel is found in Helaman chapters 13-15. (here) It occurred at one of those times when the Nephites were extra wicked, and the time was near that the Savior would be coming. The Nephites already had a prophet who was working hard to save the people: Nephi the Nephite. So I am sure that Nephi the Nephite was glad to have Samuel the Lamanite for backup.