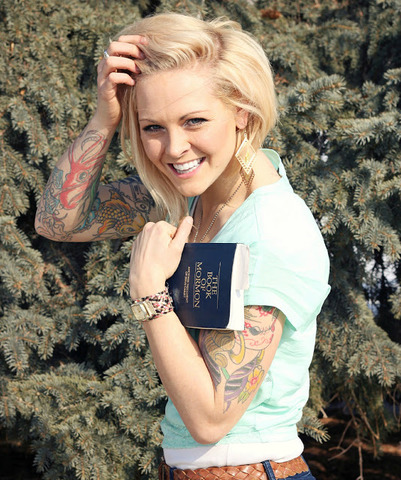 Thoughts from a tattooed Mormon

A lot of new subscribers & emails have come from my feature in LDS Living Magazine, as well as Deseret News, in response to having a hard time feeling like they do not fit in. Feeling that they are judged for their mistakes. Want to return but are worried what others may think. Or others who have become offended & do not want to return.

Let me share with you a story that I tell during my firesides that everyone gasps out of shock to. An experience that happened to me--due to my appearance--that when I say it everyone reacts the way I did when it happened. Although, truth be told, if it wasn't me telling the story to them, it could of very well been any of them that did the same thing as this man did.

This happened my very first day in Utah. After the long, uncomfortable and terrifying trek across the country by myself to a new place where I didn't know a single person. I moved, against my will, because I knew that's what Heavenly Father wanted me to do. I moved regardless of how hard it was & regardless of the fact I had no idea why I needed to be here. And I was scared.