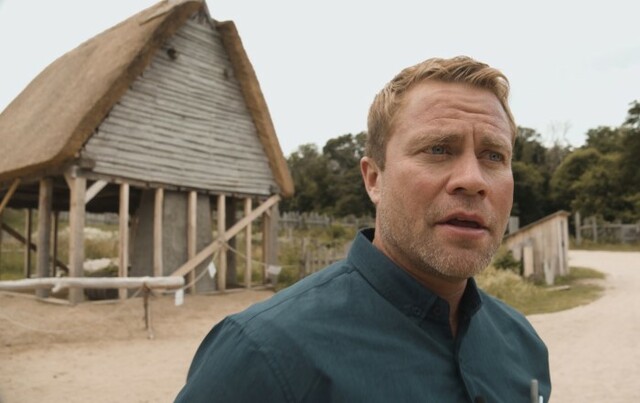 Tim Ballard, author and CEO of Operation Underground Railroad, recently released his book called The Pilgrim Hypothesis, which explores the connection between US history and the Restoration.

In one of the videos, Ballard discusses what he discovered after seeing Emma Smith’s copy of the Book of Mormon, which was signed by Joseph, in the John Adams House Library. Ballard was so intrigued by how this copy could have gotten there, that he began reading through Adam family journals until he found his answer.

Charles Francis Adams, son of former US president John Quincy Adams, and his cousin Josiah Quincy—who was a Massachusetts legislator, the son of a Harvard president, and later the mayor of Boston—were near Nauvoo and decided to pay a visit to Joseph Smith. They were both involved in politics and wanted to talk to Joseph because of what they'd heard about his claims of being a prophet and because he was running for president at the time.

Adams and Quincy were welcomed by Joseph, who talked to them about the Restoration and the Book of Mormon. In the video, Ballard explains the two men’s reaction to Joseph and his teachings.

"Their response is so interesting. These men are verbose, they are opinionated, they are conclusive. But with the Mormon prophet they didn’t know what to think. They said, 'There is a mixture of knowledge and ignorance of wisdom and folly in his whole system that I am somewhat at a loss to find definitions for it,’” says Ballard.

Ballard goes on to explain that Adams and Quincy had expected to find a wild prophet, but within Adams’s diary it is evident that he sees wisdom in Joseph’s philosophies. Joseph was not what they expected.

Before the men left, Joseph signed a copy of the Book of Mormon (evidently Emma’s copy as her name was on the spine) and gave it to them.

Ballard also shares the story of John Howland, who was nearly drowned when he was thrown from the Mayflower during a storm while coming to America. Howland’s survival was a miracle and his posterity would come to include prominent early Church members and United States presidents.

► You may also like: When Joseph Smith's Ancestor Fell Overboard on the Mayflower and What It Means for Us Today

To read more about Ballard’s works and the historical discoveries he has made, read this recent article in the Deseret News, which poses the question, "Does history corroborate with the Latter-day Saint Restoration?"