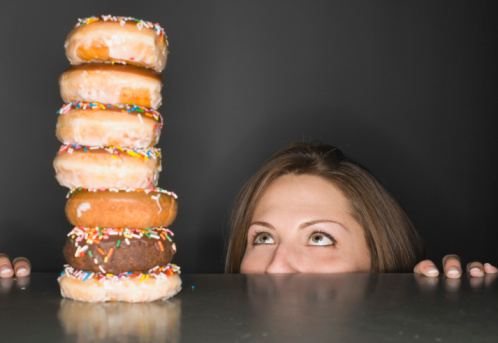 Tips for the Emotional Eater

Emotional eating is a very serious condition frequently seen by physicians but not often discussed publicly. It may not get the research dollars like those spent on cancer, nor does it get the attention of heart disease, but it is every bit as serious.

Kalene** was an attractive, faithful sister missionary. She was well loved by her companions and the people she was serving. It seemed as though nothing could curb her and her companion’s success. That is until her companion discovered her purging one night after binging on a package of cookies. She soon spiraled into a fit of depression culminating in early release so she could return home and obtain medical attention.

Only a few short years before Kristen came to see me, she had been an energetic and popular 125-pound high school cheerleader. But after trying to cope with a husband whose choices had exposed her to very serious infections, a failed marriage, financial ruin, and the demands of parenting her two young daughters alone, she gad self medicated with food—over and over again. Now she tipped the scales at just over 300 pounds. With appropriate medical therapy her emotional symptoms came under control and the weight practically fell off her.

What do these stories have in common, besides being true? Both are a form of an emotional eating disorder. And both could have been prevented with proper recognition and treatment.

Those considered at highest risk may have had symptoms in the past of other mental health conditions including depression, anxiety, OCD, ADHD, and a low self esteem. Other common sources of stress such as unemployment, divorce, work, fatigue, and even bad weather can lead to eating in an attempt to feel better. I tell my patients that no matter who you are you will be exposed to some form of stress in your life—but I am more interested in how my patients respond to their emotional stresses.

Many people crave simple carbs and high-calorie sweets when faced with strong emotions. These foods can actually cause the release of natural antidepressant chemicals in our bodies. This may be consciously or subconsciously interpreted as a solution to negative emotions and can lead to an unhealthy cycle.

So if we find ourselves in a habit of eating for comfort rather than for hunger, how can we get back on track? May I suggest we start by focusing on a few basics:

Get a good night’s sleep: This is your body’s chance to restore its normal chemistry. This natural tune-up prevents you from feeling physiologically stressed.

Daily aerobic exercise: Getting at least 30 minutes or more per day acts as an emotional outlet, can suppress hunger, and releases mood-stimulating endorphins.

Eat healthy small meals throughout the day: That means eating breakfast, lunch, and dinner with at least 3 food groups included at each meal. I suggest eating a meal of about 400 calories as well as a healthy 100 calorie snack in between each meal. Doing so will keep your metabolism up and stave your hunger.

Other treatments include keeping a calorie log. Write down everything that goes into your mouth. Understanding the caloric content of food makes those Oreos a whole lot less attractive than munching on a fresh apple. Next, get busy with serving others. Studies have proven that volunteerism promotes psychological and physiological well being (including better weight control); after all, it is easier to keep our challenges in perspective when we are focused on others. Finally, consider getting some psychological support. These very serious conditions can lead to other medical disorders—and can even put a person’s life at risk.

Management must include both psychological and medical support. Medications are available, but education and understanding as well as professional counseling can bring about the best results. Appropriate care can lead to a full and healthy life. Denial of the issue only leads to guilt and loss of self-esteem and respect. Let’s become the very best we have the potential of being.

**Names have been changed