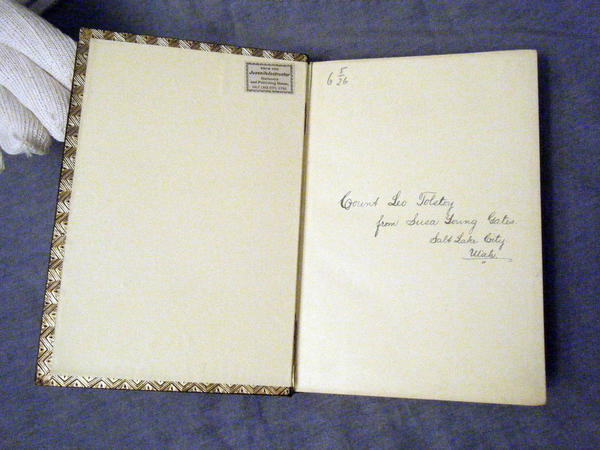 Tolstoy's Surprising Opinion of Mormons and 'The American Religion'

In his diary, Leo Tolstoy wrote: “God is that infinite All of which man knows himself to be a finite part.”

Tolstoy believed that worship of God and our approach to God can be varied, but that God is there — and accessible to all men of all classes and conditions. He was curious, and sought for religious truths wherever he went, with whatever group or nationality of people he encountered. Rejecting organized religion himself, he was known for his support of and concern for those who did strive to practice their religion — especially for religious minorities who were struggling or suffering persecution.

Thus Mormonism. He first mentions this little-known religion in his diary while he is traveling in Western Europe. He is young, and relatively unknown except in Russia. But 30 years later, in an unusual way, Mormonism was again brought to his attention. He received an unexpected letter from an American woman, who happened to be Brigham Young’s daughter, Susa Young Gates.