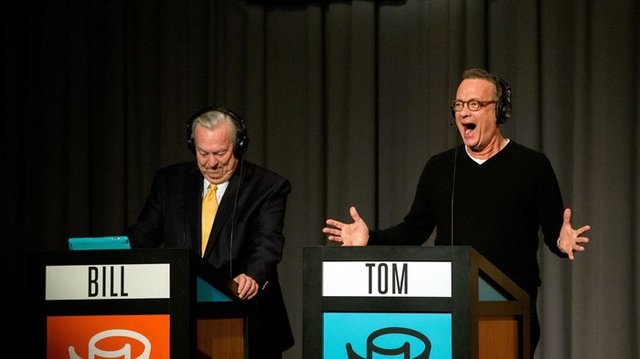 In January, NPR had a special guest host on their series "Wait Wait ... Don't Tell Me"—Tom Hanks. And with panelists Faith Salie, Luke Burbank, and Paula Poundstone, the show was bound to get hilarious.

But for Mormons tuning in, one segment might have stood out from the rest—that moment Tom Hanks defended the Mormon Tabernacle Choir as a "celebrity choir."

During the podcast, Tom Hanks's and Paula Poundstone's discussion turned toward the upcoming inauguration on Jan. 20, along with all the celebrities who will and will not attend the events.

That's when Tom Hanks followed up with, "I'm just going through all the famous choirs in my head, and out of them all I think that if any choir is, in fact, the celebrity of choirs, I'd have to give it to the Mormon Tabernacle Choir."

"But would you recognize them if they are not in the Tabernacle?" Poundstone asks.

That's when Tom Hanks follows up with his hilarious reply, "I was under the impression they just wore those robes everywhere they went."

Later on in the show, when Olympic gymnast and gold medalist Simone Biles called in to reveal her celebrity crush, the Mormon Tabernacle Choir got another funny mention: