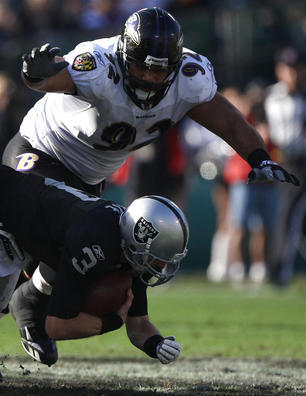 When I was asked to compile a list of the top 10 current NFL players with local ties, it took 0.2 seconds to figure out who's No. 1.

Baltimore Ravens defensive tackle Haloti Ngata is the no-brainer pick. He isn't just the best current active NFL player with ties to the Beehive State. He is one of the league's elite players.

The Highland High product has proven that on a consistent basis and was named to his first Pro Bowl last season. If he wasn't already a household NFL name before last Sunday, he solidified his status in the Ravens' 13-10 loss to the Steelers in what was the most entertaining game of the season so far.