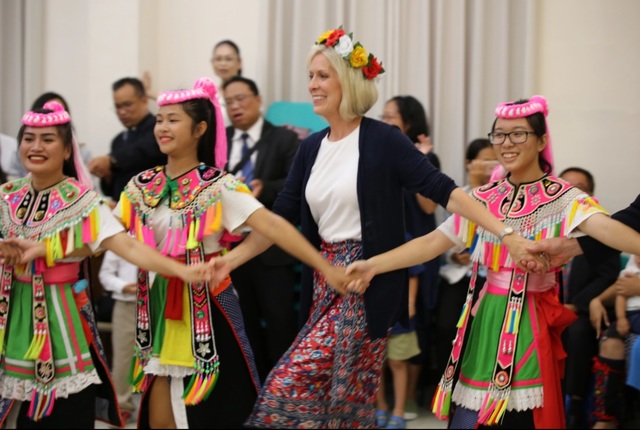 Following a group of people dressed in colorful, handmade tribal clothing up the stairs in a small Church meetinghouse in Hualien, Taiwan, Wen-hsiu Chen squeezed her way through the crowd for a chance to say a quick goodbye.

Sister Joy D. Jones, Primary general president, had visited Chen and her family earlier in the day, prior to speaking at a devotional for Church members in the evening, and Chen hoped for a chance to say goodbye before Sister Jones left for the next stop on her visit. Hoping to get home to put her children to bed, Chen said she waited for just a small moment when she could catch the Primary general president’s attention and bid her farewell.

“I told her, ‘Sister Jones, I just want to say a quick goodbye, I know that you are busy,’” Chen said. “But she told me, ‘No, we are not going to say goodbye. I want to say see you later.’ And she emphasized that.”

It was a small gesture, Chen said, but it was also a genuine one.

“I knew she was not joking. I knew she meant it. And that means a lot because I am little,” she said. “Of all the people there, I am not the most important one, but she just made me feel that I am really important.”