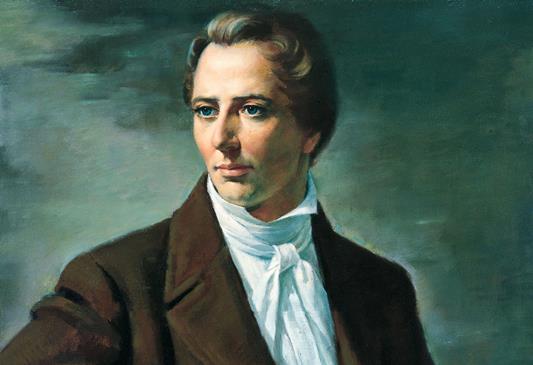 Joseph Smith was born on December 23, 1805. In honor of his birthday, here are some powerful quotes about him from every modern-day prophet from Brigham Young to Thomas S. Monson.

I honor and revere the name of Joseph Smith. I delight to hear it; I love it. I love his doctrine.

What I have received from the Lord, I have received by Joseph Smith; he was the instrument made use of. If I drop him, I must drop these principles; they have not been revealed, declared, or explained by any other man since the days of the Apostles. If I lay down the Book of Mormon, I shall have to deny that Joseph is a Prophet; and if I lay down the doctrine and cease to preach the gathering of Israel and the building up of Zion, I must lay down the Bible; and, consequently, I might as well go home as undertake to preach without these three items. . . .

Not that Joseph was the Savior, but he was a Prophet. As he said once, when someone asked him, “Are you the Savior?” “No, but I can tell you what I am—I am his brother.” So we can say.

Who was Joseph Smith? The Book of Mormon tells us he was of the seed of Joseph that was sold into Egypt, and hence he was selected as Abraham was to fulfil a work upon the earth. God chose this young man. He was ignorant of letters as the world has it, but the most profoundly learned and intelligent man that I ever met in my life, and I have traveled hundreds of thousands of miles, been on different continents and mingled among all classes and creeds of people, yet I never met a man
so intelligent as he was. And where did he get his intelligence from? Not from books, not from the logic or science or philosophy of the day, but he obtained it through the revelation of God made known to him through the medium of the everlasting gospel.

It has been my faith and belief from the time that I was made acquainted with the gospel that no greater prophet than Joseph Smith ever lived on the face of the earth save Jesus Christ. He was raised up to stand at the head of this great dispensation—the greatest of all dispensations God has ever given to man. . . . Joseph Smith was ordained before he came here, the same as Jeremiah was.