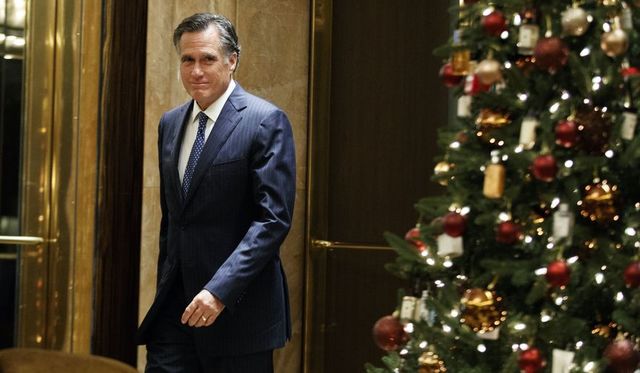 After recently being selected as TIME's Person of the Year for 2016, President-elect Trump shared that he will "probably" announce his choice for secretary of state next week.

Mitt Romney is still in the running to become secretary of state, President-elect Donald Trump revealed Wednesday during a live phone interview on TODAY.

"Yes he is," Trump said in his first TODAY interview since winning the presidential election last month.

"No, it's not about revenge. It's about what's good for the country. And I'm able to put this stuff behind us," he said when asked if the delay was meant to punish Romney, a man with whom he often sparred.

Read the rest of this story at www.today.com