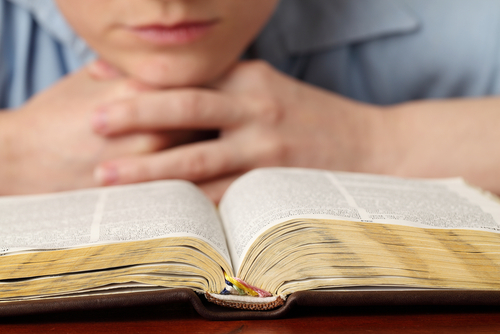 How 2 Bible Stories Shaped My Perspective on Mental Illness

At 6 years old, I realized I cared more about the number of times the windshield wipers moved back and forth than I did about the thunderstorm. At 7, I understood germs to be more prevalent than air. At 8, I found it impossible to focus on anything religious because I was counting the number of vowels in a church-talk, tapping my knee in sets of three in order to stave off a serious illness or a catastrophic event that I believed would wipe away my family, and blinking (alternating left and right eyes) seven times when I saw the color black. My rituals each morning sometimes took up to two hours or more, and I often showered at least five times a day, washing my hands a minimum of 100 times per day. But it wouldn’t be until years later that I would be diagnosed with OCD.

Listen to Spencer Hyde's powerful podcast about living with OCD below:

The Story of Naaman: Looking for a Miracle

Seven was a number I preferred over others, so it was with great intrigue that I listened to my Sunday School teacher tell the story of the famed Naaman, captain of the host of the king of Syria, to our class of 9-year-olds. Elisha had sent a messenger to tell Naaman to wash in the Jordan River seven times to be cleansed of his leprosy. Seven times. In my mind I laughed, wishing it only took seven times to be healed. How about 100 washes a day for seven days? I was already pulling that one off. But I found it most interesting that Naaman refused to wash himself until his servants, his friends, convinced him that what he was asked to do was a simple act. Perhaps Naaman was waiting for a dramatic miracle. Perhaps Naaman didn’t yet understand that his small act of obedience would turn a larger wheel of blessings. Perhaps I related to him because I felt that my actions had to serve more than a simple numerical end.

At 12 years old, my mother caught me putting a drop of dishwasher soap on the back of my tongue because I thought that if I did not wash that particular spot in that particular moment, my whole family would die. I knew she had to be thinking, “What on earth is he doing?” And the odd thing was, I was thinking that exact same thing. At the time, I didn’t know that she and my father were fasting, praying, attending the temple, and shouting to the heavens for any semblance of a life for their child who was awash in OCD, being hit by wave after wave of obsessive thoughts without any recourse. Personally, I wished I could go to a river and wash seven times and be healed. But that wasn’t what the Lord had in mind. He had an answer for me, but it wasn’t one I was expecting.

The Story of Christ Healing the Man in Capernaum: The Miracle of Support

That answer started in the telling of a dramatic miracle—I just didn’t know it at the time. At twelve, my parents recounted the story of the paralytic lowered through the roof in Capernaum. Jesus was teaching in a small house, and this man had no way of getting in. The beautiful part of this story, the part that is often overlooked, is the act of the friends with this man. He could not move on his own, let alone make his way through the town to see Jesus. So, his friends woke him up, told him to get ready, and carried him to the house in Capernaum. When his friends saw that there wasn’t room to carry their helpless friend into the house, they climbed on top of the house (while carrying their friend’s body!) and cut a hole in the roof. They then lowered him down, where Jesus healed him and told him to arise, take up his bed, and walk (Mark 2:11). What amazing friends. What compassion. What love. What patience. When they heard their friend had a chance at a normal life, they put all else aside, climbed atop a house, and cut a skylight. I remember looking through the skylight in the attic of our first home as a boy, wondering what it would take to make friends like that. Where do you find such support?

When I was 14, my parents were called to serve as mission leaders in Maryland. By that time, I was seeing a psychiatrist, but neither he nor our prayers seemed to be helping. There was no skylight in sight for me—not the kind I needed. Just a great many days wallowing in the darkness. I had no friends, and things were getting worse. In fact, I was having seizures regularly, and the doctors couldn’t figure out why. They put me on a seizure medication that was so intense that when Elder Neal A. Maxwell called our entire family to his office to ask my parents to serve in Baltimore, I slept through the entire meeting. On an apostle’s couch. Drooling.

Moving Forward with Faith and Friends

When we arrived in Baltimore, I was accepted as a patient of the leading child psychiatrist in the nation and was treated at Johns Hopkins in Baltimore for three years. But my doctor got straight to it: he said I had almost no chance of having a normal relationship, of going to college, of holding a regular job, or of having children. He even recommended that I not serve a mission. He told me life would never be “normal.”

And he was right. I now know I will never have a “normal” life, but I have found a way to live a happy life by relying on the Lord, and looking to the narratives in the scriptures that continue to guide my journey to this day. I went to college, then on to get a PhD. I have a great job as an author and professor, and I have four resolute children and a wonderful wife.

But even with my happy life and trust in God, that doesn’t mean the mental health challenges stopped, or ever will. I served a mission, and returned early because I relapsed—back came the OCD and Depression. Back came the hopeless, dark skies staring down at me. Back came the fear. But I took strength in friendship. I thought of those compassionate friends, eager to see their friend have a life, cutting a hole in the roof. I refocused my energy on finding connections, and with God’s help, I eventually found a companion who would be willing to lift me up, open up the sky, and help me heal.

I still deal with mental illness, just like the paralytic man still had to train his body after being ill for so long. The blind man Jesus gave sight to had to learn to understand dimensions, depth, contours, and color. I imagine Naaman went back to that river and watched it curl in the afternoon light and considered himself fortunate to have friends willing to push him to accept wise counsel, to accept a better life.

At age 33, I still struggle with OCD, and I am grateful for the compassionate and Christlike ways those around me to continue to support me. A recent example happened on Halloween 2018. My wife loves the holiday, and last year she worked hard to find the perfect costume for both of us to wear. When I returned home from work and saw the costume on the table, I immediately had a bad association with it. My OCD kicked in, and I saw the number three and thought of what perceived calamity might befall my family if I put on that costume. I told her I couldn’t wear it.  In an act of selflessness, she told me she loved me and that any costume would do. She immediately set aside what she cared about. That might seem a small act, but to me, it was a friend cutting open the roof and telling me to enjoy the blue sky—that life was good and that things would continue to get better. People deal with OCD, depression, Tourette’s, schizophrenia, anxiety, and a vast array of other mental health issues every day. And it’s not talked about enough. I share my story and all the other stories I write because I believe we need to talk about these things more.

It’s why I wrote the book Waiting for Fitz. In the novel, I bring together numerous characters with different mental health issues. Each of these characters comes to understand, in their own way, that they have been living in a kind of darkness, and in order to be happy they need a friend to show them to the light. My main character (Addie) helps her soulmate (Fitz) reconcile with his past. In order to do that, she has to help him understand what he is waiting for—what, ultimately, will bring his life meaning. In the process of helping Fitz, Addie learns that she is likewise looking for a friend to help her find meaning in life, to help lift her to the roof, cut a hole, and lower her down to understanding and hope.

If you’re feeling like you can’t get up and walk, like you don’t have friends that would understand you, or like nobody is coming to lift you up, please get help. Trust in the Lord. Let Him teach you through friends. Let Him be your friend.

If you’re feeling the darkness move in on you, look to your friends to carry you and bring you light. They will. I promise they will. And then when you arise and learn to walk and can start functioning and understanding just how many people are still in need of that kind of friendship, you can go find somebody who needs the roof of the world opened up for them, and cut a skylight or two. Or three. Or seven. 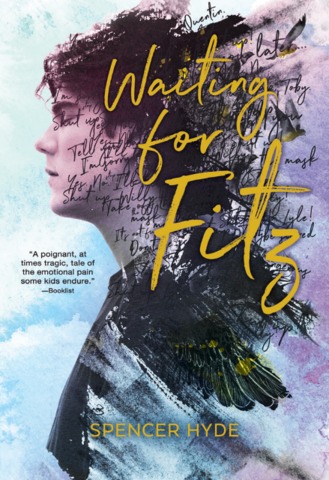 Find Spencer Hyde's Waiting for Fitz, set to release on March 5, at Deseret Book stores and on deseretbook.com. Find out more about it from Spencer himself in the video below!