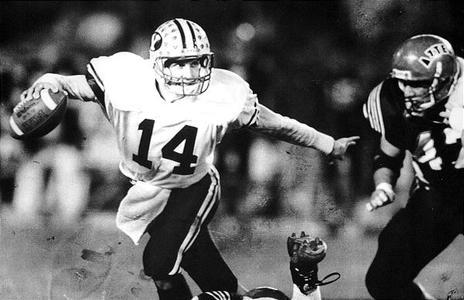 BYU has long been known for producing prolific quarterbacks, and the Cougars' remarkable QB assembly line was honored again Monday, when Ty Detmer was elected to the College Football Hall of Fame.

The National Football Foundation announced that Detmer, the 1990 Heisman Trophy winner, is the first member of the 2012 College Football Hall of Fame Class. It marked the first time Detmer's name appeared on the ballot. The entire class will be announced Tuesday.

"I think it's tremendous," legendary coach LaVell Edwards, who was inducted to the Hall of Fame in 2004, told the Deseret News. "I thought it would happen on the first ballot, but you never know. It's certainly well-deserved. I'm really happy for him. It's a tremendous choice."