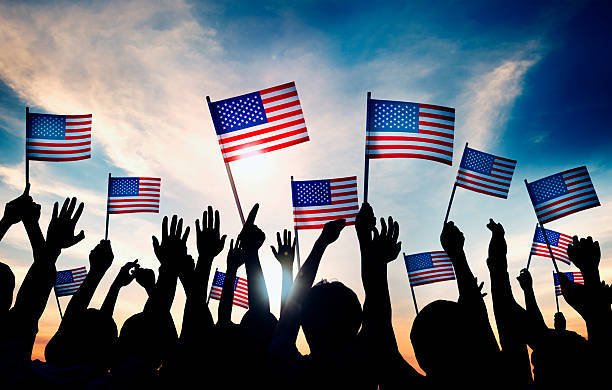 U.S. District Judge: Why Mormons Must Fight to Protect Our God-Given Liberties and Freedom

America is known as the “land of the free.” And perhaps the most precious of the liberties that we enjoy as Americans is the gift of religious freedom. The specific protection of the right of religious conscience and practice is among those liberties that are uniquely protected in the United States. The safeguards afforded religion under the First Amendment to the Constitution is a radical departure from the norm in world history.

Latter-day Saints understand why this had to be. The restoration and flourishing of the gospel in these latter days could only take place in a nation where religion was given the place and protection that it is here. Freedom is necessary to allow for the maximum amount of the God-given gift of moral agency. In the Doctrine and Covenants we are taught that the Constitution of the United States was established under God’s hand.

One of the benefits of writing non-fiction books is what one learns in the process. Several years ago, while researching and writing the book The Miracle of Freedom: Seven Tipping Points That Saved the World with my brother, Chris, I learned a great truth: the liberties that we enjoy, and the blessing of governing ourselves, are gifts that are rare, precious, and very fragile.

Rare because, in the long history of this world, the number of people who have possessed these liberties is tiny—the vast majority of people who have lived on this planet did so under tyranny and without the right to govern themselves.

Precious because such liberties and self-government are the ultimate quest of any freedom-loving people.

And fragile in that many who have possessed the right to self-govern have lost it. It is often said that the “arc of the moral universe is long, but it bends toward justice.” Sadly, that is not true. The natural condition of mankind is injustice, oppression, and rule by the powerful.

The U.S. Constitution protects our self-governance by the establishment of three distinct branches of government—the executive, the legislative, and the judicial. Each possesses its own discrete powers. Each is checked in its ability to exercise those powers to the harm of the people by the other two branches. This system of “checks and balances” has served this nation and protected the rights of its citizens extremely well for over 200 years.

Recently, while writing the book Supreme Power: 7 Pivotal Supreme Court Decisions That Had a Major Impact on America, I solidified in my mind what I’ve felt for years—the checks are weakening. I believe that the judicial branch has upset the balance and tilted power in its favor. Not alone in this belief, the distinguished late Supreme Court Justice Antonin Scalia bemoaned the fact that nine lawyers (and often a majority of just five people) now rule 320 million citizens of the United States.

I don’t believe this is what the Founding Fathers intended for the judicial branch, and more importantly, for the country.

I wrote Supreme Power as a warning to alert readers to how the Supreme Court will play a major role in deciding issues of religious liberty in coming years. I believe that all Latter-day Saints must be aware of the Court’s pivotal role in that critical debate.

My hope is to spread greater understanding of how the United States Supreme Court works and how it became so supreme—supreme not only within the judicial branch of government but dominant over the legislative and executive branches. Through seven key historical cases heard by the Supreme Court, I trace how decisions have shaped the America created by the Founders, and in some instances radically reshaped it.

For example, a century-old case that involved a New York law restricting the hours that bakers could work has decades later become the justification for cases that severely restrict the rights today of states to limit abortion or to define marriage.

In another case, the First Amendment was redefined by the Supreme Court to eliminate religion from the public square—a development that would have caused the Founders great heartache. And other landmark Supreme Court decisions have permitted and, in some cases, led to the transformation of our nation’s culture and mores.

On October 2nd the Supreme Court will reconvene for its October term, during which it will hear cases on many controversial topics: President Trump’s travel ban, religious freedom, partisan gerrymandering, right of law enforcement to cellphone records, and immigration enforcement.

Freedom never is free. As citizens of the United States we cannot be lulled into being complacent about the future. At a minimum, we should inform ourselves about our government and those who will be making decisions that will affect our God-given liberties. Hopefully, Supreme Power helps to that end. 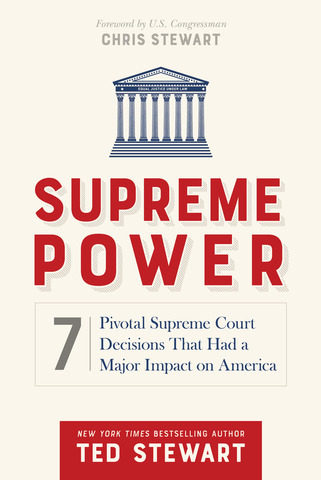 Ted Stewart is a Sr. m and a New York Times bestselling author. His latest book, Supreme Power: 7 Pivotal Supreme Court Decisions That Had a Major Impact on America, goes on sale Sept. 26, 2017.