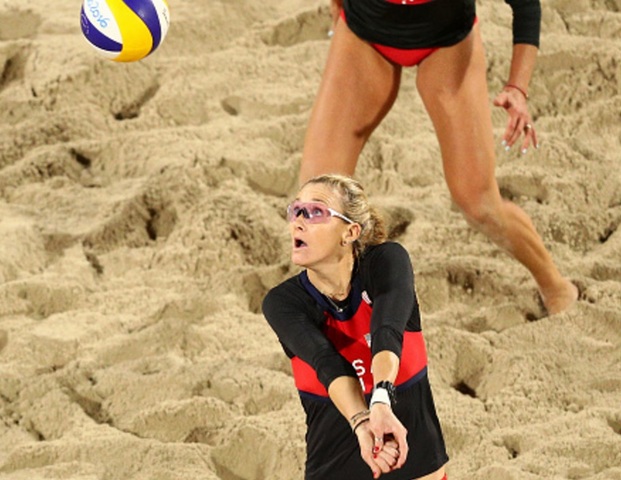 U.S. Olympian Criticized for Comments on Motherhood, Why I Stand Behind Her

Kerri Walsh Jennings and her teammate Misty May-Treanor form what has often been called the greatest beach volleyball team of all time. They won Olympic gold in 2004, 2008, and again in 2012, when Jennings was pregnant with her third child. She credits her children with that third gold medal and the strength she has now.

“Before I had more kids, I was like, this feels trivial. I’d been playing for so long, and I was like I need balance. All my eggs are in this one basket, and it’s very self-centered and self-focused,” Kerri Walsh Jennings told The Post Game in May. “They gave me that perspective and balance I thought I was missing. It took my game and my desire and my passion for life to the next level. I am hugely indebted to my children.”

When asked what she would do if she wasn't playing volleyball, she continued. "I would be a mommy. . .  I would be chasing a gold medal in some other way. I like growing and evolving my entire life. My children have taught me so much. I want to be better because I'm their mommy."

Now that Jennings and her new partner April Ross are still in contention for a gold medal, a lot of attention has been brought to these and other comments Jennings shared.

“I feel like I was born to have babies and play volleyball," she told NBC News recently.

This comment has caused quite the division on social media, with many criticizing Jennings as someone who is working against feminist ideas.

Others have stood by Jennings in defending the role of motherhood. Indeed, it seems counterintuitive for those who are trying to improve the view of women in society to trivialize one of their most important roles—one that often goes unpraised, but one that is powerful and shapes lives.

As President James E. Faust said, “There is no greater good in all the world than motherhood. The influence of a mother in the lives of her children is beyond calculation.”

And don't forget this powerful counsel from Elder Jeffrey Holland, "No love in mortality comes closer to approximating the pure love of Jesus Christ than the selfless love a devoted mother has for her child."

In a world that tries to belittle the importance of mothers and fathers and degrade the role of family, I am so glad there are women out there like Kerri Walsh Jennings who can stand as an example and give a different perspective.

Along with her fourth gold medal, Jennings says she also wants a fourth child, her family being something she prizes more than any medal.