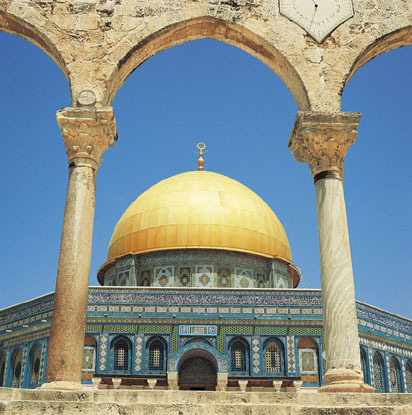 What They're Saying About "Us"Everything Else

Religious conflict has been common throughout history.  But why have conflicts over sacred spaces such as shrines or temples been so remarkably difficult to solve, especially when compared to conflicts over more “secular” territory or issues?  Ron Hassner – assistant professor of political science at the University of California at Berkeley, and the co-director of the Religion, Politics, and Globalization Program – presents an intriguing explanation for the intractability of religious conflict.  He argues in plain and simple language that the nature of “sacred ground,” specificially its indivisibility, frequently makes conflict impossible to resolve between two parties who are contesting the ownership or control of sacred space.

Prof. Hassner vividly illustrates his theory with a number of intriguing examples including the conflict over the Temple Mount / Haram el Sharif in Jerusalem, the controversy over the building of a mosque and Islamic cultural center near the World Trade Center in NYC, and several other historical conflicts.  Near the end of the podcast, Prof. Hassner notes that it may be impossible to end conflict over various sacred spaces, but there are means for mitigating the negative effects of such conflict.  He appeals to diplomats to include the views of religious authority when crafting mutually agreeable settlements to conflict.
Read the rest of this story at religiondispatches.org