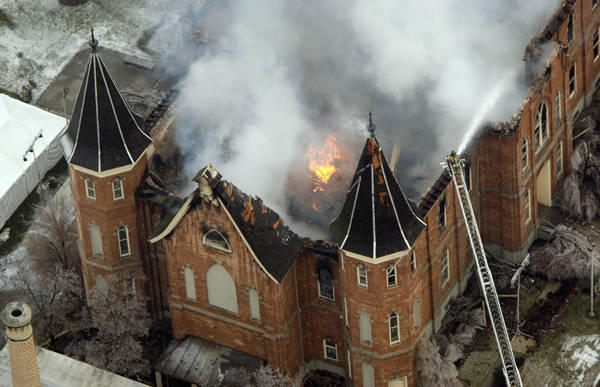 Fire heavily damaged the historic Provo Tabernacle early Friday. By 6 a.m., the roof of the structure had collapsed. A column of heavy smoke continued to billow from the center of the building three hours later.

Many fear the historic structure will be a complete loss.

"We're all really devastated," said Provo Mayor John R. Curtis. "Everyone in Provo has significant memories of concerts, plays, church meetings. It's an extremely vital part of my community. It's really a fabric of the community."

Scott Trotter, a spokesman for The Church of Jesus Christ of Latter-day Saints, called the fire "tragic."
Read the rest of this story at deseretnews.com