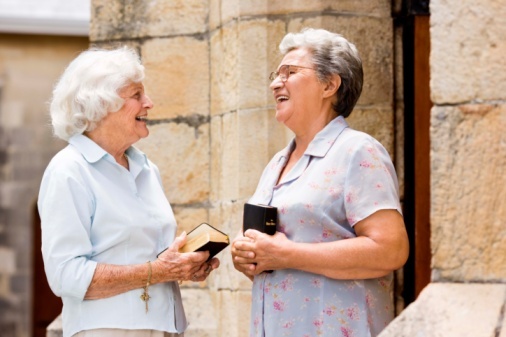 USA Today: Happiness is having friends at church

Attending religious services regularly and having close friends in the congregation are key to having a happier, more satisfying life, a study finds.

Even attending services irregularly — just several times a year — increases a sense of well-being, so long as there is a circle of friendships within the community and a strong, shared religious identity.

That's the key finding of a study released today in the December issue of the American Sociological Review.

Numerous studies have shown that religious people report a higher level of well-being compared with the non-religious, says Chaeyoon Lim, an assistant professor of sociology at the University of Wisconsin-Madison and lead author of the study. But what aspect of religiousness — church attendance, prayer, theology or spirituality — accounts for this level of life satisfaction has been unclear.
Read the rest of this story at usatoday.com