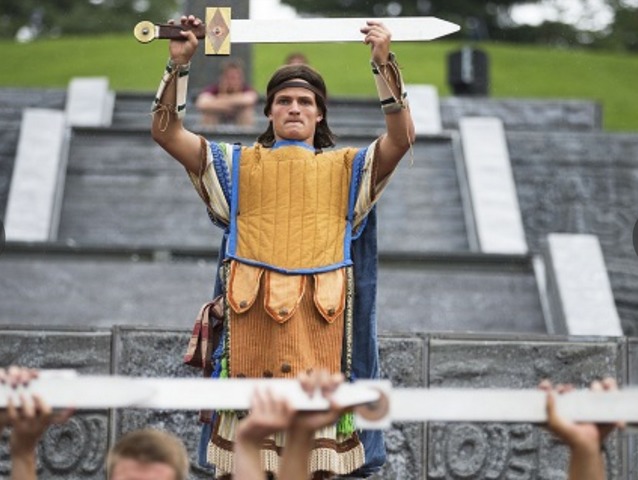 Christian Hancey is a lawyer, not an actor.

But for the next week, the Pittsford, N.Y., father of four will don a wig and 1800s clothing to play the founder of Mormonism, Joseph Smith, in the annualHill Cumorah Pageant at one of the faith's most sacred places.

"It's exciting ... you get caught up in the moment and you're happy to do it," Hancey said.

But he's nervous. More than 700 people from all over the world, many of them with no formal acting or dance experience, have been cast in roles for the dramatic depiction of scenes from the Book of Mormon.

Pulling off the production in a few days is helped by divine intervention and a committed cast, said Hill Cumorah Pageant President Dwight Schwendiman.