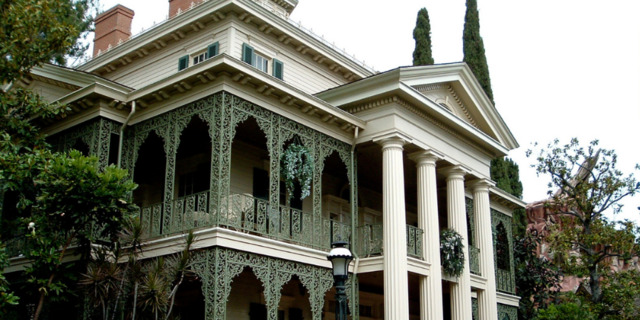 Maybe it’s a myth you have heard yourself—the hearse located outside of Disneyland’s Haunted Mansion may have carried the body of Brigham Young.

In a piece published in Deseret News, Keith Erekson, author of Real vs. Rumor and director of the Church History Library, shares that he also heard the story himself when he was standing in line for the famous Disney attraction. Reporter Trent Toone writes:

“The sniff test was the seemingly huge coincidence that Brigham Young had a tie to Disneyland,” he said. “The thinking habit illustrated here is to ‘think the second thought’—to verify before passing on the story.”

Young died in 1877. The company that built the hearse was established in the 1890s, more than a decade later. In another twist, Young requested in his last will that his body be hand-carried, and that wish was fulfilled.

“So not only was this not Brigham’s hearse, there is no such hearse anywhere,” Erekson said.

The article shares other rumors debunked by Erekson, like whether a Japanese pilot tried to bomb the Laie Hawaii Temple in the 1960s. Read the full article at Deseret News.

► You may also like: Peanut butter at the pearly gates? What a quote misattributed to Sister Hinckley teaches about Latter-day Saint myths

Real vs. Rumor explores Church history myths, rumors, and false quotes to demonstrate how to think effectively about the information that swirls around us in our day. Each chapter brims with illuminating examples from scripture, history, and popular culture. By thoughtfully combining study and faith, you will be strengthened as you deepen your discipleship, avoid deception, understand tough topics, and see the hand of God in history and in your own life. Available now at Deseret Book stores and at DeseretBook.com.