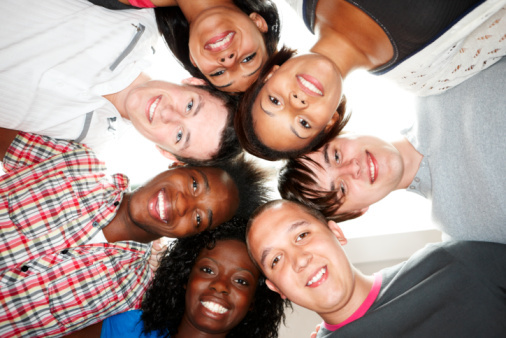 All across Utah new stakes are being created. This may not seem like news, as the population is always growing in Utah, but it’s the singles that are the cause.
Beginning in 2010, Utah became a sort of testing ground for what are called Young Single Adult (YSA) stakes. They are just what they sound like—stakes made completely up of YSA wards.

On Sunday, August 29, 2010, members of the first Quorum of the Seventy and around 8,000 LDS singles gathered in Utah State University’s Dee Glen Smith Spectrum building, where this new plan was revealed. The evening was called "historic.” They essentially did away with student wards, which have existed since the 1940s, and established all wards for unmarried adults ages 18-30 as YSA wards. Their congregations include students, non-students, those living at home or living on their own. All YSA wards and stake are based on geographical boundaries to reduce confusion.

The goals of this endeavor are many, one of the highest being to make it easier to keep track of individuals. Rules surrounding student ward attendance were often bent or ignored as friends grouped together and attended any one ward together. This made it easy for LDS singles to skip around to wards and in many cases becoming lost to leaders if they went inactive.

"The very loose flexibility of the rules brought a lot of people who wanted to worship with their peers flexibility to do so. But it also created many, many problems," said David F. Evans, member of the first Quorum of the Seventy. "Many young single adults hop from ward to ward ... or from bishop to bishop. ‘I don't want to confess here, so I'll go confess in this other ward.' Members strive to find the best fit. Unfortunately, before the members find the proper fit, they have fallen into inactivity altogether."

As a bishop, Robert Easton believes this action is long overdue. “There’s always a group of young adults that you don’t know where they belong,” he said. “They’re ‘ward-hoppers’ and it’s difficult for a bishop to keep a pulse on them and make sure their needs are being met. If their records aren’t in the ward they attend, then they can’t participate—give talks, pray, get callings. Some people do that on purpose, but in all honesty, that completely defeats the purpose for going to church at all.”

To many young singles, the new stakes offer much more opportunity to meet new people. “With a bunch of other wards to do activities with, there are so many more chances to make new friends,” said Diane Thompson, 20. “And it’s not just like a 25-stake activity. It would be our stake and our area.”

Commenting on a news article discussing this topic, screenname Malachi 4_5-6 wrote, “[All] this change boils down to is reaching out to people who fall in between the cracks or go unnoticed. The church does a very good job at finding ways to better organize themselves to support members and their needs. . . . It’s much easier to help members if you know where they are and can build stronger relationships with them.”

Others, however, are not completely enchanted by YSA stakes, or YSA wards in general. Commenting on the same news article, screenname obulus said, “If the Church wants to de-emphasize ward hopping, they should dissolve YSA wards and integrate all singles into conventional wards. This will cast singles as mentors for youth and allow them to interact with families, kids and the elderly on a weekly basis. That is a real religious community, and that is where all the real opportunities for service exist. YSA wards will always be social clubs where little more than a dozen members per congregation have a real calling.”

Gill said, “There are some people that home wards are really good for them, but I think that for the majority of others, singles wards are better because it’s an opportunity to grow and experience. It’s our chance to finally grow some wings. We become the spiritual leaders of the ward and it’s great because we’re surrounded by a bunch of people at the same stage in life.”

Robert Hawks, 23, said, “When you become a member of a ward, you immediately receive the most important calling: a home or visiting teacher. What more important calling is there than that? I’ve seen miracles happen because of that. A ward is a place where everyone works together to draw closer to Christ. It is about serving the Lord and gaining a testimony.”

Gill added, “You can find any reason you want to not go or to avoid something you don’t like, but I think some people are losing focus on why they even go to church, in any ward, in any stake across the world. Yes, we’re pressured to get married, and there may be too much pressure and that’s why people ward-hop—to find more prospects, but it’s all about you and God, not about you and the boy or girl that you’re interested in.”

One blogger at transitionearly.blogspot.com wrote, “I totally understand where [ward-hoppers] are coming from, though. Many feel that finding a spouse is their ‘calling,’ and so the social aspects of Church are what they magnify. . . . Many YSAs, with a free spirited attitude, ward hop for years if they perceive that their ward of record is inadequate socially.”

Diane Thompson said, “If everyone is putting forth effort instead of waiting around for a miracle to happen to them, then the ward will be a wonderful place to attend. I’ve seen it in my own ward.”

Hawks said, “It is not a ward’s responsibility to give you a testimony. It is your responsibility to learn through the Spirit. And before you look for someone to create your spiritual environment for you, create it for yourself and you’ll be able to go to any ward in the world and be edified.”

YSA stakes have been established in Logan, St. George, Cedar City, Ephraim, Ogden, as well as in Boise, Idaho. Currently, at least one more stake is being formed in the Davis County area. In the future, cities across the country boasting large populations of LDS young adults and maintaining at least half a dozen YSA congregations in multiple stakes may become locations for the creation of additional YSA stakes.