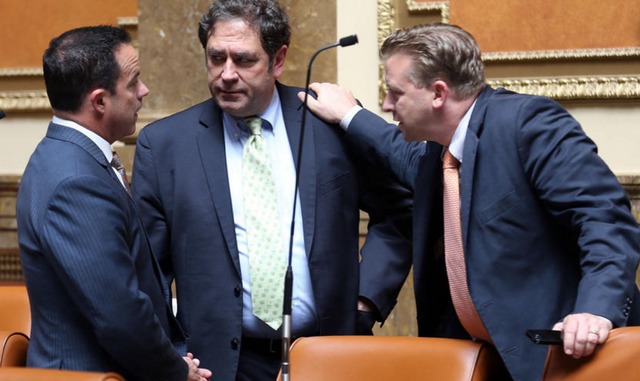 How much does the LDS Church really influence politics and politicians in Utah?

Several Mormons who serve as state lawmakers said Monday that their church has a subtle influence on Utah politics but is selective about directly weighing in on issues.

Three Mormon legislators participating in a discussion about faith and politics late Monday afternoon at the University of Utah said they've never been contacted by Church leaders about how to vote on legislation and have at times cast votes that countered the official stance of The Church of Jesus Christ of Latter-day Saints.

Monday's discussion, involving two Democrats and two Republicans, was part of a broad talk about their faith and how it aligns or contrasts with their politics and influences their decisions.