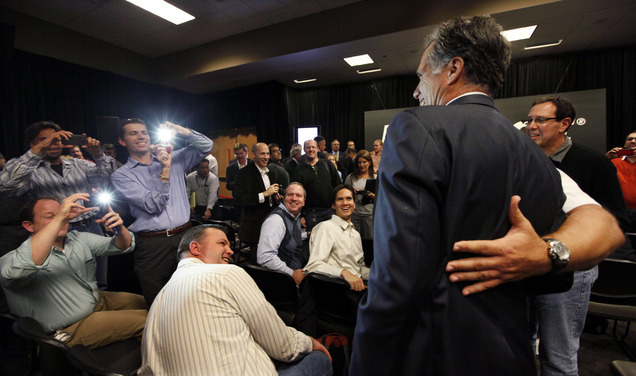 Utahns give twice as much to Romney than Huntsman

Former Massachusetts Gov. Mitt Romney is still king of fundraising in Utah, drawing twice as much for his presidential bid as the state’s ex-governor, Jon Huntsman.

Utahns forked over nearly $659,000 for Romney’s White House bid in the past three months while Huntsman, who was twice elected to statewide office, pulled in just under $300,000, according to finance reports filed Saturday.

Utah has always been a cash cow for Romney, and his latest report shows residents are still big fans of the man credited with turning the scandal-ridden 2002 Winter Olympics in Salt Lake City into a successful venture.