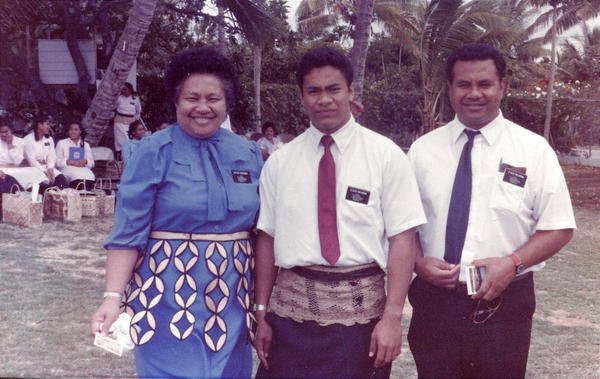 Vai's View: A salute to mothers

Editor's note: This is the third in a series looking back on Vai Sikahema's career in the NFL.

It has become almost a right of passage for professional athletes to reward their parents, especially Mom, with a mansion after signing that first big contract.

I wasn't in that position, even after the Cardinals ripped up my rookie contract and rewarded me with a new multi-year deal that included a bigger signing bonus than the one I was given as a 10th-rounder. NFL contracts aren't guaranteed except for the signing bonuses, so I still had to play to earn the salaries in my contract.

After two consecutive Pro Bowl appearances in my first two years in the NFL, I had as much job security as one could hope for in a league often known among players as "Not For Long." So when the Cardinals moved to Arizona, I had to carefully manage what I'd be able to do to help my parents financially, without jeopardizing our own precarious nest egg. Our second child, another boy we named Leland James and nicknamed LJ after my BYU teammate, punter Leland (Lee) Johnson, was born the summer we arrived in Arizona. Our little family was growing as my career was skyrocketing.