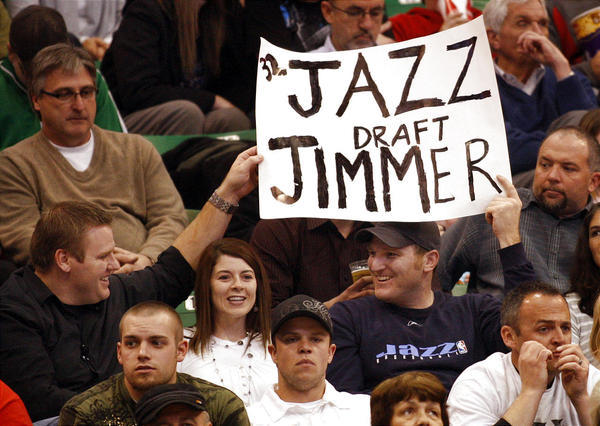 I had an interesting conversation with two NBA GMs this week about Jimmer Fredette following the rookie combine in Chicago last weekend. One told me Jimmer will be a scorer in the NBA because of his unique range, will likely play point guard at the next level, and in his opinion, will definitely be a lottery pick.

As for his defensive liabilities, the other GM told me most of his colleagues were impressed with Jimmer's athleticism, quickness and strength — that Jimmer is probably a better defensive player than he's been given credit for. Certainly, he has the tools to improve his defensive skills, but given his size he can still be exploited — especially if he's a two. At 6-foot-2, he's better suited to play the one than the two, just as the other GM suggested.

Of course, no one knows where he'll go or when or if he'll play the point, shooting guard, both or come off the bench.