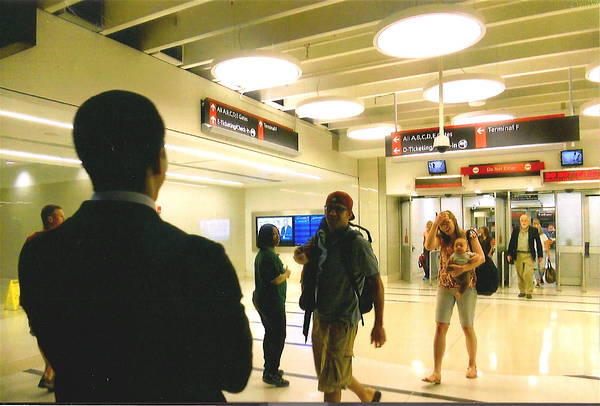 The youngest and last of our three sons, Leonard Trey, returned from his mission to London yesterday. As you can imagine, this was a long-anticipated day. Of course, we sorely missed him, but possibly not as much and certainly not as long as his brother just ahead of him, LJ, who is 16 months his senior. They haven't seen each other in four years. It is one of those unique LDS quirks of timing when brothers are separated by a school year.

Two years ago, Trey entered the Preston, England MTC three weeks before LJ returned from his mission to Hong Kong, so they haven't seen each other since the summer of '07.

LJ and our oldest son, Landon, nearly missed seeing each other for four years as well. Landon returned from his mission three weeks BEFORE LJ left for his. Four years is a long time at their age. It's enough time to graduate from high school or college. To use up all your NCAA eligibility. Or serve a term as a governor or president of the United States.