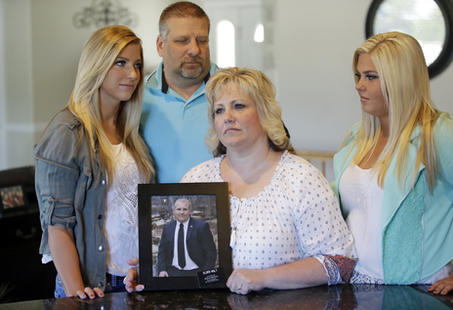 Returned missionary Joshua Holt and his new wife Thamara Caleno were recently arrested in Venezuela after returning from their honeymoon. Now Venezuelan authorities are giving details in their case against them.

Venezuelan authorities on Wednesday presented what they said are new details in the case against a 24-year-old Utah man being held on weapons charges.

Joshua Holt traveled to Venezuela last month on a tourist visa to marry a fellow Mormon he met on the internet. At the time of the arrest on June 30, Holt's new wife, Thamara Caleno, was waiting for a U.S. visa so the pair could travel to his home in a suburb of Salt Lake City.

Interior Minister Gustavo Gonzalez offered what are the most-extensive public remarks by a Venezuelan official on the case since Holt's arrest. He called Holt by the supposed alias "the gringo" and described him a "trained gunman" with a pilot's license who is adept at using technology. Although scant on details, he questioned the legality of a marriage license the couple obtained in Caracas and said Caleno's apartment in a housing complex built by Venezuela's socialist government was used to stockpile weapons.